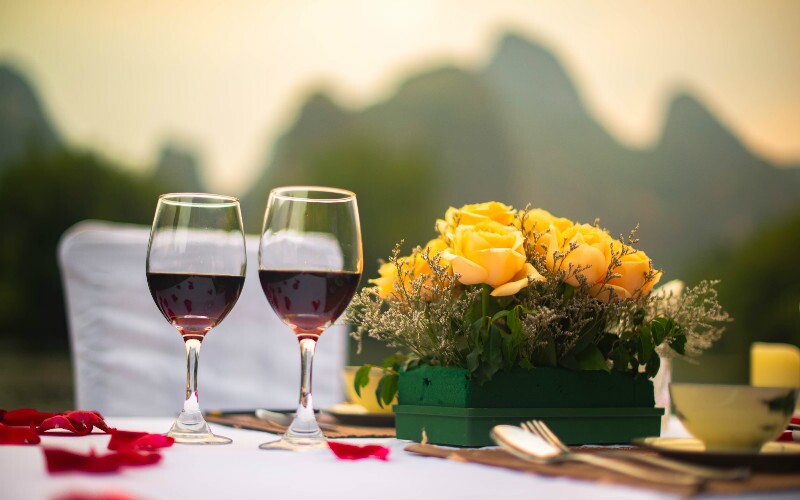 Mr. Avner Tabib and his wife Mrs. Hanna Tabib were China Highlights' first customers. They first travelled with us in 1998, the year our company started business. They later traveled five more times with us. Recently they returned to China and were invited to our office. They shared their stories of 21 years of travel with China Highlights: they have seen our company from its birth until now. See their story below:

The first time we visited China was in 1988. During this period, China was still closed to the world and was just beginning to open. We could only enter with a group visa. There was only one tourist company in China, CITS, which was of course a governmental company and we were always accompanied by a guide. For us, China was at that time a country beyond the Mountains of Darkness, China that in our childhood we heard legends about emperors and dragons. The China we saw in our eyes at 1988 matched the exotic imagination we had. A country of small black houses with no streetlights and cars, traffic was only rickshaws and bicycles, many bicycles. In the fields, farmers worked with water buffalos and wooden plows, we did not see tractors and any other agricultural machinery. In the fields were many small plots, flooded with water and grow mainly rice. On the first day of our visit, we landed in Guilin and sailed in the Li River. We was so excited! The landscape looked exactly like the Chinese ink paintings we knew, including anglers on Bamboo rafts with cormorants.

Mrs. Hanna Tabib and her guide at Yulong River in 1988

Farmer plowing his fields in Yangshuo

In a local market in Yangshuo

Later, we returned to China many times. In our later trips to China, we impressed from the rapid development and modernizing process, that China made, for better life. This is how we created our long and strong relationship with CHINA HIGHLIGHTS COMPANY (CH).

As we learned later, CH Company was born as a private initiative of Victor, who worked as a tour guide at CITS Guilin, then it became a department in CITS Guilin, then a subsidiary of CITS and finally an independent private company. Today we are considered as the first customers of CH Company and we hosted at the CH's offices and enjoyed to meet its employees personally.

With CH, we toured all over China. We started in the Classical China, Beijing, Xi'an and Guilin, and later on we toured Yunnan, Sichuan, Gansu, Tibet, Fujian, Anhui, Shanghai and more.

We enjoyed the help of their 'Tour Organizers' during the study and planning stages of the trip, from their closed and personal escort during the trip, and from their guides in the field itself. We also enjoyed their personal flexibility and concern for all our needs and desires, even if they were not planned in advance.

We used them at all possible levels of services, from a "backpacking" trip where we order only partial services such as hotels reservations, booking local tours or a few days with full escort, and finally booking a full tour including all the ground services like guidance, transportation, meals and hotels.

At all the levels we worked with CH, they were in direct contact with us through the Internet or cell phone 24/7 hours. They were always flexible, attentive and gave us the feeling that we have a friend in China who will solve all our problems. There always have unexpected problems in China.

We would like to mention the names of the tour operators we have worked with for years: Angela, Nora, and Fiona. Of course, all of their tour operators are wonderful, but we continued to work with the same organizer we knew, as long as it was possible.

On our last trip, which organized by Fiona in 2019, we returned to Fujian Province and visited the villages of the HAKA minority houses. After that, we continued to Anhui Porvince, Zhangjiajie Reservation that became famous in the movie "Avatar" and Tianmen Mountain, to Fenghuang and the land of the Miao and other tribes, we participated in the "Sister's Meal Festival" and ended up in Guilin again for a meeting of friends.

Our guides were Kathy from Xiamen, Ann from Zhangjiajie, Gari from Fenghuang, and Jenni from Guilin. All of them were wonderful and made us feel as we first described.

Photos of the Tabibs' visit to China Highlights' office in 2019

The Tabibs enjoying food at a local restaurant