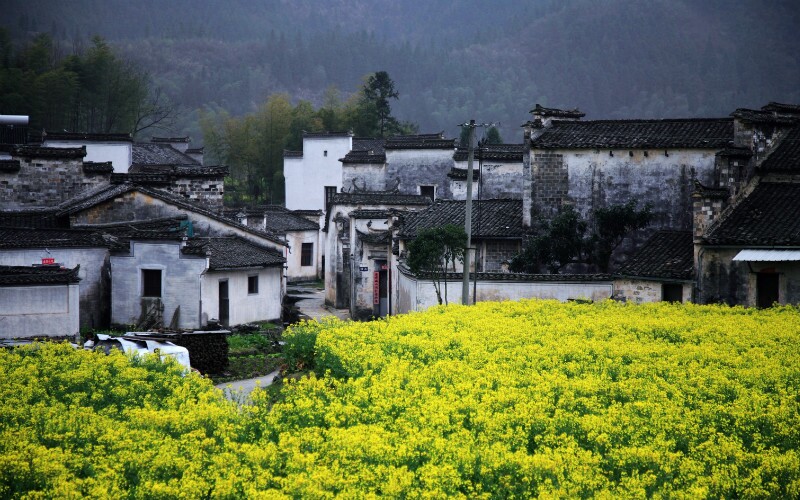 Anhui Travel Guide - How to Plan a Trip to Anhui

Anhui Province is an inland province situated in East China, stretching over the Huai River, the Yangtze River and Xin’an River. It borders six provinces with Jiangsu and Zhejiang to the east, Hubei and Henan to the west, Jiangxi to the south and Shandong to the north. The short name of Anhui Province is Wan (皖, means glorious in Chinese), and the capital city of the province is Hefei, a city has more than 2,000 years long history.

The geography of Anhui Province is multifarious with the Huai River and Chao Lake in the central province, the Yangtze River respectively running in the north and the south, Dabie Mountains and Tianmu Mountains lying in the west and the southeast, and Jianghuai grand plain in the north. The multifarious geography gives the province numerous beautiful landscapes and famous scenery, and the Yellow Mountains and Jiuhua Mountain are the top two natural landscapes in Anhui Province.

Situated in East China, Anhui Province features transition zone between subtropics zone and warm temperate zone. It has temperate climate, abundant rainfall and distinct four seasons. The temperature for a year is about 15° C (59° F).

Jiuhua Mountain, one of the ‘Four Buddhist Holy Mountains’ in China (the other three are Mount Wutai in Shanxi, Mount Putuo in Zheji ang and Mount E’mei) famous for its precipitous peaks, wonderland cloud-sea and flying waterfalls. The best time to visit Jiuhua Mountain is in spring and autumn. At that time, Jiuhua Mountain is surrounded by cloud and mist, and visitors can enjoy the most beautiful Jiuhua Mountain.

The name of Anhui Province (安徽) is first used in 1667 compounded by the first word of two prefectures, Anqing (安庆) and Huizhou (徽州). On this rich land, the long history of more than 2,000 years witnessed the splendid civilization. In ancient times, there have been plenty of scholars, including numerous Zhuangyuan (the Number One Scholar in imperial competitive examination, an examination held every year to select government officials). Anhui Province is also the hometown of many famous people, like Guan Zhong, the famous statesman and economist in the Spring and Autumn Period (722 BC–476 BC), Cao Cao and Zhou Yu (two great strategists) in the Three Kingdoms Period (220–280) and Zhu Yuanzhang (the first emperor of Ming Empire) in the Ming Dynasty (1368–1644).

Anhui Province is the hometown of Lao Zi and Zhuang Zi, who are the two founders of Taoism living in the Spring and Autumn Period (722 BC–476 BC), and the Yellow Mountains is a good destination to experience the religion of Taoism. In the end of the Eastern Han Dynasty (25–220), Cao Cao and his two sons, Cao Pi and Cao Zhi had founded Jian-an literature which has an profound influence on the development of poems in China.

The folklore opera in Anhui Province enjoys a long history and rich forms of performing. Huangmei opera, one kind of folklore opera originated from Anhui Province, has already been one of the most popular types of drama in China. The costumes, the plots, the music and the voices are all highlights of Huangmei Opera. In addition, the architectural style in Anhui has formed a architectural genre with its distinct features, such as it has black tiles, white walls and a patio in the front of the hall, and pays great attention on the theory of geomancy and the decoration by using sculptures; these architectural style is mainly showed in folk houses, ancestral temples, memorial archways and gardens, like the Tangyue Memorial Archways in Shexian County and Xidi Village and Tunxi Old Street in Huangshan City.

Due to the multifarious geography, Anhui Province has rich natural tourist resources with the highlights are: the Yellow Mountains which famous for its strangely-shaped pines, fantastic rock peaks, sea of clouds and thermal springs; Jiuhua Mountain, one of the ‘Four Buddhist Holy Mountains’ in China (the other three are Mount Wutai in Shanxi, Mount Putuo in Zhejiang and Mount E’mei) famous for its precipitous peaks, wonderland cloud-sea and flying waterfalls.

Besides the magnificent natural scenery, there are also well-preserved historical relics in Anhui Province, such as: the Hongcun Village and Xidi Village situated in at the south foot of the Yellow Mountains, are both built in the style of the Ming and Qing dynasties and show the unique lifestyle and the architectural style of the province.

Located in East China, Anhui Province is convenient no matter by air, by railway and by highway. The traffic network in Anhui is centering in Hefei City, forms a developed system linking the places within Anhui, as well as connecting the province with other provinces.

There are airports in cities of Hefei, Huangshan, Anqing, Fuyang, Wuhu and Bangbu. The Tuogang Airport in Hefei is 9 kilometers from Hefei City, opens air lines to Beijing, Shanghai, Guangzhou, Shantou, Shenzhen, Haikou, Fuzhou, Xiamen, Xi’an, Chengdu, Wuhan, Zhengzhou, and Ji’nan, and it also has flights flying to cities of Huangshan and Fuyang in Anhui Province.

Travelers plan to visit the Yellow Mountains can take flights to Huangshan City, for there is a Huangshan Airport in the city. Direct flights to Beijing, Guangzhou, Shanghai, Hefei, Chongqing and Haikou are available in the airport.

At present, there are totally 15 railway lines in Anhui Province. Travelers can take trains to the main cities in China, like Shanghai, Wuhan, Beijing, Nanjing etc. The operation of motor train units brings a great convenience to the province, that, travelers may only cost 59 minutes from Nanjing to Heifei, and about 3 hours from Shanghai to Hefei.