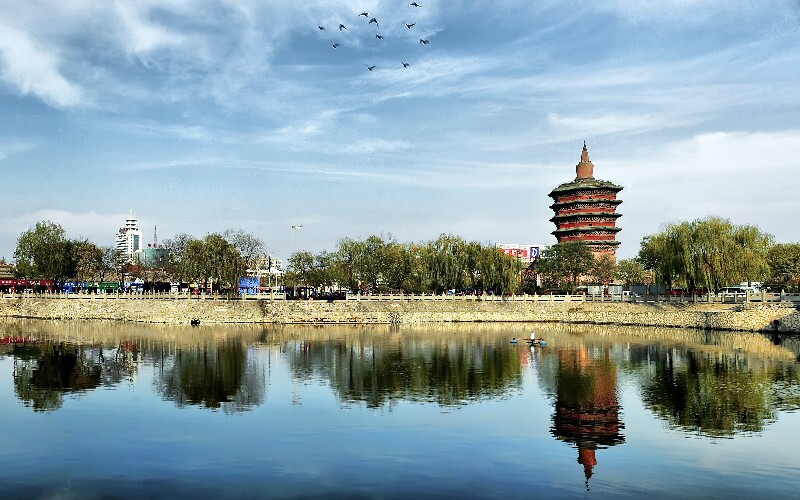 Anyang Travel Guide - How to Plan a Trip to Anyang

Anyang City, a prefecture-level city in the north of Henan Province near the borders to Shanxi Province to the west and Hebei Province to the north, has a history of over 3000 years, and as such is one of the cradles of Chinese civilization. It was the site of the city of Yin, the last capital of the ancient Shang (BCE 1700-1027) Dynasty. Being one of the eight most famous ancient capitals in China, Anyang is home to a great number of historical sites. The most famous attractions are the historical ruins of the Shang Dynasty, also named as "Yinxu", and the first Chinese Character Museum in China, which is built to better preserve the ancient Chinese civilization and culture, and to help foreign tourists better know about Chinese character and calligraphy.

Anyang is therefore a must-see for visitors who wish to observe the first-hand relics and remnants from a part of China's earliest historical period.

Anyang's climate is typical continental semi-humid monsoon climate of warm temperate zone. Generally it is mild, and has four distinct seasons, sufficient sunshine and moderate rainfall. It is hot and rainy in summer and cold and dry in winter. The best time to travel to Anyang is spring and autumn, when the weather is pleasant. The annual average temperature is 14 °C (57 °F) with the maximum temperature reaching 41 °C (106 °F) and the minimum temperature -17 °C (1.4 °F). The annual rainfall is 606 mm.

Most popular Food You May Like to Try in Anyang

Chao San Bu Zhan is one of Anyang’s traditional dishes with egg yolk as its main raw material. It is fried together with the osmanthus sugar, white sugar, flour and other ingredients. Its name actually means the dish does not stick to plates, chopsticks and pans.

Anyang San Xu with a history of over 100 years has enjoyed a high fame across the city. It includes smoked chicken, smoked eggs and smoked pig head.

Fen Jiang Fan is actually a kind of traditional millet gruel, using peanuts, millet, mung bean slurry and soybean as the main ingredients. This rice porridge is a common food for local people.

Daokou-Style Red-Cooked Chicken has a history of about 350 years. It needs eight seasonings and is stewed in soup stock. The cooking procedure alone takes 3-5 hours. When eating the chicken, you even don’t need a knife. With just a shake, the meat falls from the bone.