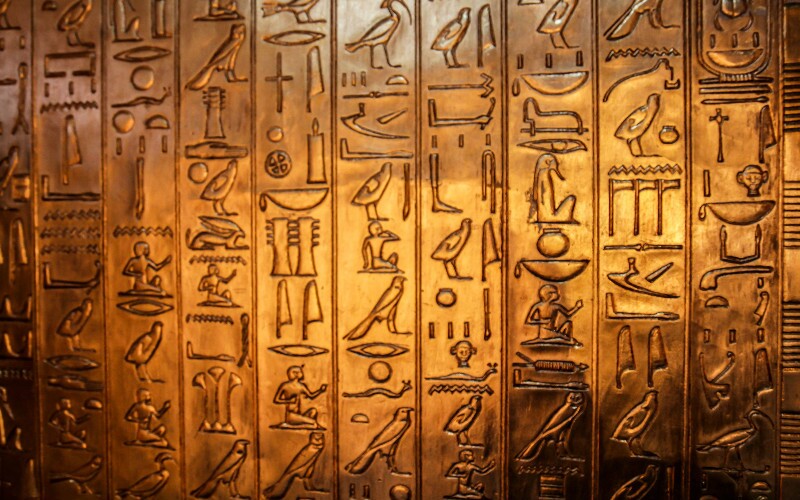 As China is one of the earliest birthplaces of human civilization, Chinese characters are some of the most ancient characters in the world. That's the reason why China built its first Museum of Chinese Characters in Anyang City.

With the theme of Chinese characters, this museum aims to protect China's traditional cultural heritage and make enough room for protection and cultural research of ancient Chinese civilization.

You can see a huge Chinese character "字" of inscription on an oracle bone in front of the square, which was discovered in the Shang Dynasty. Divided into four floors, the first and the second floor mainly show the development of Chinese characters displayed with relics. Furthermore, the main museum seems grand and like a golden imperial palace under the lights at night.

The museum shows the evolution of Chinese characters since ancient times, showcasing cultural relics including rubbed stone inscriptions, bronze vessels of the Shang (1600-1046 BC) and Zhou (1046-256 BC) Dynasties, Chinese seal engraving, ancient coins, writing bamboo and silk, and calligraphy work from different dynasties.

In the exhibition hall, which covers 34,500 square meters, school textbooks written in languages of minority ethnic groups, such as Zhuang and Miao, are displayed along with bronze tripods and silk scrolls with square-shaped Han characters.

The model of the Chinese Character Museum has been drawn from the character "墉" of hieroglyphs; it covers 143 acres, 34,500 square meters of construction size and a total investment of 537,510,000 yuan. The main building uses a 'gulosity mark' and 'panchi mark' pattern of sculpture in the roof from the Yin and Shang periods; it is a postmodernism construction that has both modern architectural and Yin/Shang palace styles.

In addition, you can see the models showing the process of paper making and how the characters were printed onto paper in the past.