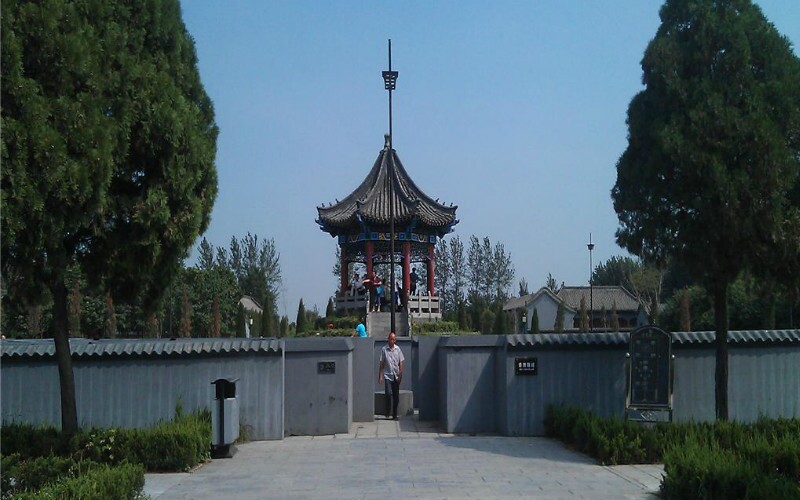 Youli City, also called the temple of King Wen, is the earliest national prison that still exists. It is also the resting place of Zhouyi (the Book of Changes), as well as where King Wen wrote and studied Zhouyi.

With a stone gateway in front and two tablets on the both sides of the gate, the temple in the yard looks solemn and grand, surrounded by plenty of old trees. Inside the temple the statue of King Wen is consecrated in the middle. He looks stalwart and well-built.

In the west of the yard is a stand where King Wen was imprisoned. It is a wooden building with a painting of the diagram of the Theory of the Eight Trigrams. The tablets in the yard are marked with the works of officials and scholars from the Ming Dynasty.

The Labyrinth of the Eight Trigrams

The huge labyrinth of the Eight Trigrams is another highlight of Youli City, which covers a large area, with an old-fashioned kiosk in the middle behind the temple. It is easy to get lost as the labyrinth is really complicated.