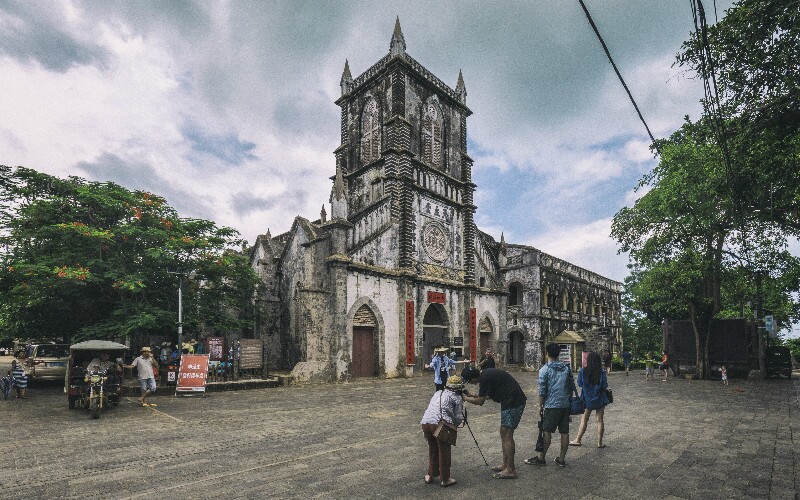 Beihai Travel Guide - How to Plan a Trip to Beihai

Situated in the south of Guangxi, Beihai is 206 km away from Nanning in the northwest, 198 km from Zhanjiang in the east and 147 km from Haikou in the southeast. The downtown is embraced by the sea in its south, north and west sides. It has two coastal islands, namely, Weizhou Island (24.74 square kilometers) and Xieyang Island (1.8 square kilometers). Weizhou Island is about 20.2 sea miles from the city center.

Beihai used to be the starting harbor of Maritime Silk Road in ancient China. Through the history, it has been the distribution center for the Yunnan, Guizhou, Sichuan, Guangxi, Hunan and Hubei in their foreign trade. Thus, it enjoys an important geographic position. Southern Pearl, referring to the pearl of Beihai, is famed around the world for its fantastic appearance, dazzling sparkle, lasting luster. Pearl then becomes the most distinctive tourist product of Beihai.

Located in the subtropics, the weather is moderate and moist with fresh air, and no wonder Beihai is considered to be one of the cities that are suitable for habitation in China. The natural environment is preserved well. It has quite a lot of marvelous beaches, which are of clear water and soft sand. The shore zone with Silver Beach as its representative is the combination of sea water, sunshine and beach, being an ideal place for leisure.

Located on the edge of Beibu Gulf, one of the top four fisheries in China, Beihai City is abundant in all kinds of sea food; there are living more than 600 fishes and 10 shrimps and prawns, which, no wonder, have promoted the development and booming of sea food markets in Beihai. A great number of large wholesale markets dealing with local sea food and seawater pearls have been founded along Yunnan North Road. Among all the sea food, a special kind of sea plant, Stichopus variegatus Semper, produced in Weizhou Island has been regarded as one of China’s top eight sea foods.

Weizhou Island in Beihai, a wonderland you won't regret

Beihai City has got its fame for pearls, especially southern pearls, and a nickname, Zhuxiang (the hometown of pearls). Southern pearls, likewise, have many varieties, among which Lian pearls produced in Hepu County is well-known as the superb type. Visitors can always find Lian pearls available to buy in eight tourism designated shops. Beside pearls, other two local products, cowfish and Dongyuan wine, are of equal popularity.

In addition, Beihai has been producing subtropical fruits, vegetables and flowers, which are of good quality and enjoy popularity, as well as shell carving, horn carving, bamboo crafts produced here. You will never fail to find your favorite one in shops along Zhongshan Road and Jiefang Road.

Visitors are able to enjoy different kinds of food in Beihai, ranging from western food to special local food, and sea food is a must for every newcomer to have a taste.

The street of barbecue

The weather belongs to the semitropic oceanic monsoon climate. Thus it has no freezing in winter and no heat in summer with abundant sunshine and rainfall. The average temperate there is 22.9 °C with the highest temperate 37.1 °C and the lowest 2 °C. Mean annual precipitation is 1670mm, and sunshine amounts to 2009 hours.

The best time to visit Beihai is from April to November. It is sunny in most of the days during these periods. The breeze touches faces tenderly, fresh and cool. Umbrella is a necessity in spring and summer. In autumn, it does not rain a lot and the weather is pleasant. When winter comes, it rains even less, and then comes the coldest and the driest season of Beihai. It is cold sometimes, and more coats are required.