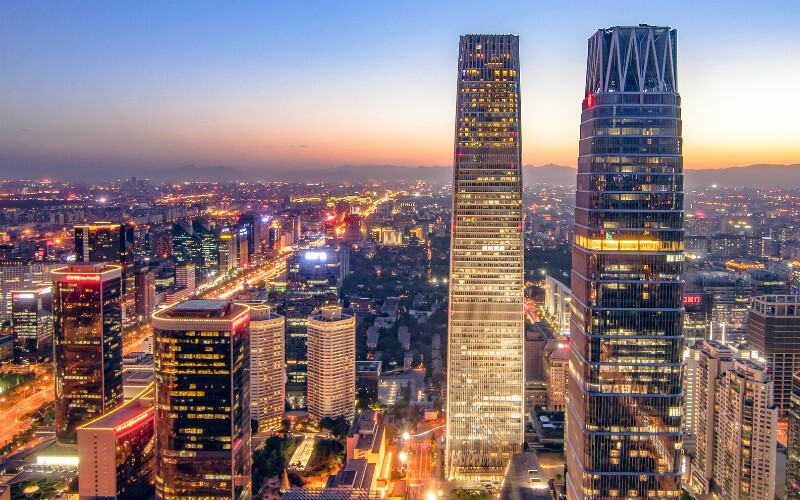 Find out how Beijing has changed this century. Huge increases in population, wealth, technology, and environmental awareness make it even more visitable...

China has gone through incredible change in recent decades, and nowhere is that more true than in the capital of China, Beijing. And this is no surprise, considering Beijing's population has grown from 13.5 million in 2000 to 21.7 million in 2019! This century Beijingers also have seen an increase in car ownership of 1,000%!!...  with 1 in 5 residents now owning a car.

As the main destination for both international and domestic tourists, and as a result of continued fast economic growth, as well as an influx of new ideas and technology, Beijing has changed in so many ways that make it more accessible for foreigners to live in as well as visit.

As a result of better infrastructure throughout, Beijing has seen increased awareness and improvement of accessibility.

Beijing subway stations have improved their disabled access with lifts and ramps replacing, or adding on to, stairs, and tourist sites have also build wheelchair ramps and disabled bathrooms. This goes a long way in making Beijing more accessible to everybody wanting to explore this incredible city.

The growth of the Chinese high-speed train network is probably the most notable change in the 21st century, increasing options for everybody to get around the country quickly and comfortably other than by airplanes (and Beijing is China's top HSR hub). China's HSR features prominently in the article 7 Astounding Modern Wonders of China.

Beijing is now connected to Shanghai via the world's fastest wheeled passenger train, taking a minimum of 4 hours and 18 minutes, averaging over 300 kph (180 mph), compared to the regular-speed train which would complete the same journey at over 15 hours. The high-speed train is often preferable over airplane too, as including the waiting/boarding and potential delay time, you are saving time and arguably hassle!

The network doesn't stop at Shanghai though, with the high-speed train going south towards Guangzhou, Shenzhen, and even Hong Kong. See Beijing - Hong Kong Trains.

3. The Beijing Commute: Subway or Bike?

Apart from huge changes in the train system, the Beijing subway has expanded massively too and is getting better and better. As of the start of 2019, there were 22 lines covering 637 kilometers or 396 miles of tracks.

Newer trains are modern, clean, and air-conditioned in summer while heated in winter for a pleasant experience, and costs are low at RMB 3-9 per ride. This makes commuting in Beijing much less painful than many other capital cities around the world.

It is also a decent city to cycle as there are bike paths throughout much of the city. Modernization has meant that Beijing is no longer full of bicycles, with most people either driving or retreating into the subway. Many expats choose to commute by bicycle instead.

"Manners", as we know them in the West, have also seen a huge transformation in Beijing. While in the past it was not unlikely to see toddlers pooping on the street, people spitting all over the floor indoors, or restaurants with people smoking indoors, this is now much less likely.

Unfortunately the custom of lining up and waiting is still not ingrained in Chinese society, as much as it is in America or the United Kingdom especially, so this is something you'll have to adjust your mindset to when living in or visiting Beijing. See more on China's Development — How It Affects You, the Tourist.

5. The Internet in Beijing

The Chinese internet has transformed incredibly in the last two decades, and nowhere is this more true than Beijing. Everyone is on WeChat, and most financial transactions happen on WeChat, from purchasing a small bottle of water to paying your rent. Living in Beijing you will find it hard to survive without linking your Chinese bank account up to WeChat.

Apart from Great Firewall issues, China is technologically very advanced and you'll find lots of apps to make life in Beijing easier and to help keep in touch with those outside of China. While censorship issues weren't that bad 20 years ago, there was also much less internet access in general.

China is at the forefront of the flourishing of the sharing economy, and Beijing is no exception. Mobike originated in China, and you'll see bike-sharing programs all throughout Beijing.

Apart from bike-sharing, DiDi as a car-sharing app, serving a similar function to Uber in the West, is huge and will make getting around Beijing that much easier.

There are also apps that can help you have food delivered from someone in your building who loves to cook, there are stands renting out ebikes and battery chargers throughout the city, and there are apps offering up services or skills such as massages and manicures that you can have at home.

Beijing skies above the hutongs are clearer this century than last.

Environmental awareness has had a great leap forward in Beijing in the last decade especially, with green spaces being paid extra attention to and taken care of properly. This makes it a great city to live in or visit. Our favorites include Jingshan Park and Ditan Park (Temple of the Earth Park), but there are many parks in Beijing.

There is also increased awareness of pollution and more attention towards fighting it, and recent years have seen a decrease in Beijing air pollution as a result. Learn more about Beijing weather.

As a result of internationalization, Chinese people are curious about Western food and drink. This means you'll find many more Western restaurants and bars around the cities, as well as products you'd find in supermarkets at home. This makes it easier to settle down in Beijing, but also means it's easier to buy things you might have forgotten to pack. See what to pack for your trip to China.

(This is a huge change from China in the 1980s, where foreigners were not even allowed to use Chinese currency!)

Sanlitun in Beijing is a trendy nightlife area.

The city has changed a lot physically too, with many modern architectural feats and new skyscrapers being built in Beijing and older hutongs being knocked down. This trend is being seen throughout the world, but China especially has built up a lot of the World's tallest buildings. Learn more about the Top 10 Landmarks in Beijing.

A Beijing hutong tour in a rickshaw

Of course, most people visit Beijing for its imperial era attractions rather than its modern wonders. So you'll be pleased to know that there are many more tourist attractions that are open to both international and domestic tourists in Beijing these days, and most hotels can accept foreign visitors where they couldn't in the past.

An increased understanding of what tourists want to see in China means that there are now better ways to visit the capital. There are fewer shop-stop-commission tours and there is more of an effort to include home stays or local meals into trips. We at China Highlights have been championing this. We offer personalized Beijing tours, that can all be adjusted in order to fit your desires or needs.

Touring 21st Century Beijing with Us

Discover Beijing and the Great Wall at your own pace with us.

Due to Beijing's sheer size and 21C complexity, if you've got time constraints, planning your trip well ahead of time is vital. Here are some customizable Beijing tour ideas for your inspiration:

Our tours will guide you as much or as little as you need. You won't need to worry about navigating your way through 21st century China, or being robbed of its experiences.

To get in touch with us about organizing a tour, contact us through this form and tell us more about how many people are traveling, where you'd like to go, and whether you have any special requirements.