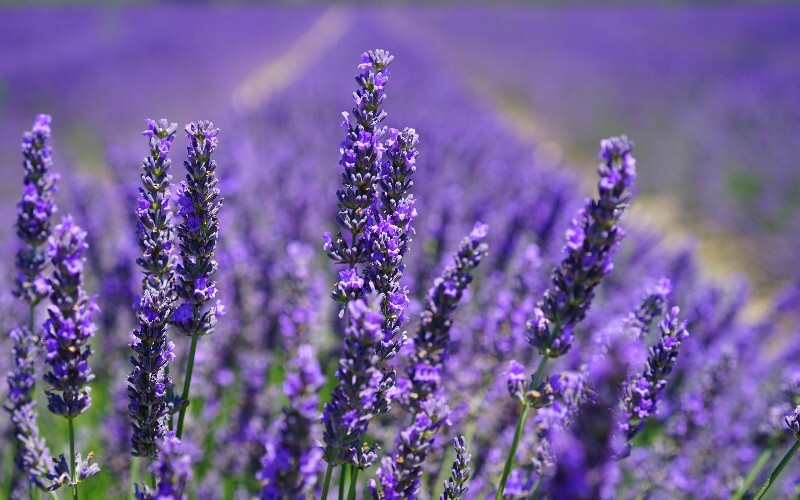 The Expat's Guide to the Best Lavender Gardens in Beijing

When lavender blossoms, from June to August, it's worth taking a trip to one of the lavender gardens located in and around Beijing. With some of them set in the midst of the natural scenery of mountains and rivers, the blossom seems to create a fragrant purple sea, romantic and picturesque. Often famed, too, for their vanilla displays when lavender is out of season, these gardens make for an ideal excursion into beautiful scenery, away from the hustle and bustle of the city itself.

120 km from Beijing, the Purple Sea and Vanilla Art Manor is located in the village of Beikou. This is an interesting area to visit generally, located as it is on the Yang River, north of Miyun, adjoining the Simatai section of the Great Wall of China. The garden itself is substantial at 300 acres. As its name suggests, along with lavender and other flowering plants such as vervain and chamomile, the garden plays host to 200 varieties of vanilla, itself beautiful when in bloom. With a longer flowering season, (up to eight months), you need not need be disappointed should you miss out on the lavender season.

If you are concerned about inclement weather, don't worry; the garden has tents along the sea coast in which you can see the blossom, and other enclosed areas scattered around the garden's hilly slopes. Not to be missed is the Xiangti Clubhouse courtyard, with its background of green mountains, broken by a clear, running stream. Popular with foreign tourists, you will find plenty of amenities and distractions. The restaurants have western food as well as traditional Chinese fare, and its hydroponic project is at once beautiful and informative. There's everything you could want here for anything from a romantic day out to an interesting experience for inquiring minds.

980 bus from the junction near the East Gate, the Sanyuan Bridge West Station (三元桥西站) or Xiba He (西坝河) to the terminus in the Minyun town (密云县). Cross the terminal and catch the local bus from the Xinxintongda bus stop (“鑫新通达”客车站). The entire journey is of some 50 minutes' duration.

Of the four gardens listed here, the Beijing Blues Lavender Manor is one of the more convenient to visit from downtown Beijing. Located in the Blues Manor House, Louzizhuang, Jingzhan Village in the Chaoyang District, this garden is located around 8km from the International Trade Centre, some 30 minutes by bus. The estate itself is huge, covering some 1,200 acres, 300 of which are dedicated to the lavender fields. Again, lavender and vanilla are the main focus, with the vanilla display claimed to be the largest in all Asia.

The Cloud Mountain Lavender Garden is located north of the Miyun Reservoir, 160km from Beijing. Nestling into the foothills of majestic mountains, with the backdrop of the misty waters of the reservoir, the scenery takes on the air of traditional Chinese landscape painting, singularly atmospheric.

With an estimated ten thousand lavender plants and its own annual Lavender Festival held each June, the garden features specially-imported specimens from the Provence region of France. The purple sea of the plains, the inky darkness of the mountains, and the misty waters of the reservoir combine in an unforgettable experience but, just to be sure, bring a camera. There are pictures here you will want to share and keep.

980 bus from the junction near the East Gate, the Sanyuan Bridge West Station (三元桥西站) or Xiba He (西坝河) to Miyun Gulou, then change to the Huangtukan-Bulaotun bus, getting off at Yanluo.

Another convenient journey from Beijing's city center, some 40km out, the Beijing Prague Farm is located in the south-eastern Tongzhou district, set beside the Kuo Xianzhen Canal Bridge River. Again, vanilla features along with lavender, making this a good destination outside the short lavender season. Beijing Prague Farm functions both as a sightseeing area, and as a working agricultural project. Alongside the flowering plants, herb gardens are also featured with hundreds of varieties alongside such of their more familiar brethren as parsley, sage, rosemary and thyme.

As if lavender, vanilla and herbs were not enough, the Beijing Prague Farm also features acres of sunflowers. As well as the common sunflower with which we are all familiar, other varieties exist that are less known and these, too, are here in an unexpected variety of form and color. Still not enticing enough? Then add to the burgeoning list cosmos, verbena, cupola and other varieties of flowering plants for a fantastic, colorful day out.

938 bus from Beijing Railway Station or the Batongtuqiao subway station, alight at the Dunxianlanzi stop. From there, take one of the local taxis.

Our Beijing tours are fully customizable. If you would like to visit one of the above lavender gardens with your own guide and private transport, just let us know and we'll make it a part of your own personalized tour. Have a look through our pages and find what interests you from our many articles on destinations and activities in and around Beijing. Make a list of your ideal destinations, submit it to us, and we'll suggest a suitable itinerary and quote you a price.