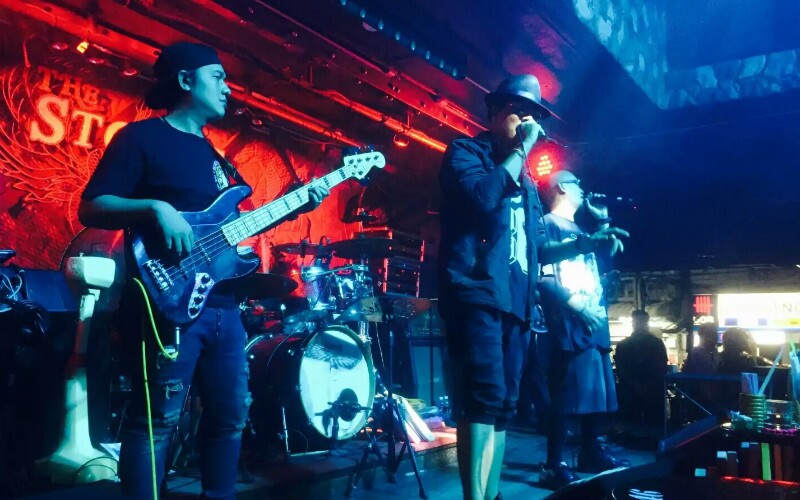 On the surface it might seem difficult to crack into Beijing's live music scene as a visitor, but really, there is plenty going on in China's capital city when it comes to live music, and gigs are very accessible.

What makes Beijing's music scene so interesting is that musicians don't only come from Beijing, but many of them come from outlying provinces such as Tibet and Inner Mongolia and bring traditional elements of folk music into the mix. On top of that, there are many international bands, too.

Probably the most talked about livehouse in town, Mao Livehouse has had to shut down on the authorities' request many times, but is somehow still going strong in its original location as one of the city's premier live music spots (although during the day it looks shut).

The venue feels like a warehouse both inside and out. Walk past here any night of the week to see music fans standing outside on the street waiting to get in or having a cigarette outside.

A small Gulou hutong venue, DDC, an abbreviation of Dusk Dawn Club, is known for having a good mix of local Chinese acts, Beijing expat bands and even getting international bands from abroad, which is impressive considering its size. This bar also has a space for art exhibitions, hosting local and often young artists, and is located in a picturesque courtyard for an authentic Beijing feel.

Located in Gulou's hutongs, as you'll find most of the city's live music venues are, Music varies from rock to reggae to indie pop to blues.

Hot Cat Club doesn't only have live music but also has weekly comedy nights on every Wednesday starting at 7pm.

Shows here are generally free to enter (as is the comedy) and the venue is cozy. Look out for the blue sign as seen in the photo or you may find yourself wandering past it.

Known for hosting many minority musicians from Western provinces, Jianghu Bar is small but its acts still draw a crowd. This place often has Inner Mongolian acts on, and drinks are decent.

Every Tuesday there are jazz jam sessions, and blues sessions are every Sunday (starts at 9.30pm). If you want to check out the local folk music scene, this is the place to be.

School Bar was the place (if a little grimy) to go to catch a gig for foreigners living in Beijing a while ago, and it still is, although it has also grown in popularity with Chinese audiences. You'll usually find alternative music here, and a bunch of international brews in bottles and on tap.

Located on Wudaoying Hutong, just around the corner from the Lama Temple, this live house has since had a facelift of sorts resulting in much less sticky floors. Don't miss the red and cream "SCHOOL" sign as depicted to find the entrance, which doesn't look like much, but it'll be worth it for the music once you're inside.

This is one of the biggest live music venues in Beijing, and you'll often find big names performing here. While Yugong Yishan doesn't exclusively have metal acts on, this is certainly the place to check if you do want to catch a metal band.

Shows here can easily cost over 100 yuan, making it one of the more expensive venues in town, although perhaps not by international standards.

If you do want to catch a show here, we suggest you check in advance whether tickets are still available by calling ahead or checking online. Yugong Yishan have an English website (unlike most other venues of its kind).

Want to Catch a Gig While You're in Beijing?

Have fun in China your way with us.

If live music shows are a big part of your life, let us know when you're booking your trip so that we can scope out the events offerings for the dates you're in Beijing.