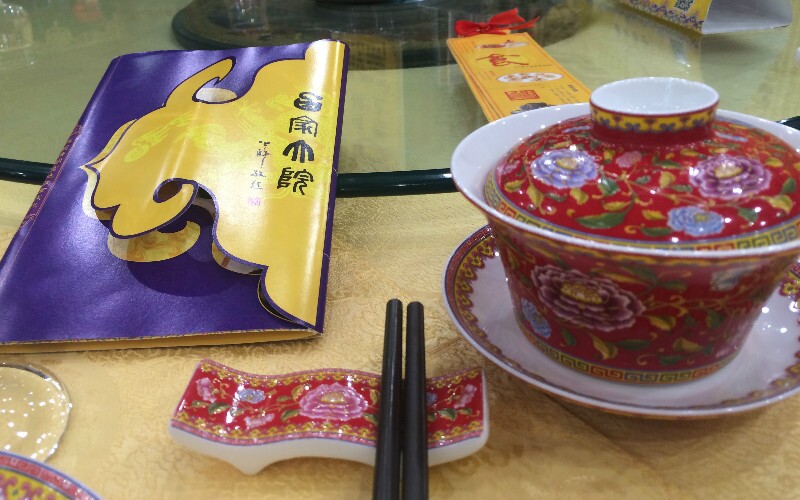 The Top 8 Oldest Restaurants in Beijing

History in China spans the centuries. In Beijing, they not only respect, honor and treasure their history, they also eat it; so why should they have all the fun?

From 600 year-old ducks to a taste of the cultural revolution, Beijing is one of few cities where its time-honored traditions are kneaded, pounded and diced into its cuisine.

Not many restaurants can boast being privately owned during the cultural revolution, in fact, only one can. Nestled conveniently within the alleys of the tourist alluring Hutongs, Yuebin sets itself apart from its modern competitors with variety of Chinese dishes both old and new, unique tofu dishes and pocket friendly prices. It costs about 15 to 20 U.S. for a dinner for two.

One of the first restaurants to be open after the cultural revolution, Yaoji is known for its strict and perhaps stubborn adherence to traditional flavors and tastes. Made famous by its international visitor American Vice President Joe Biden its house soups and pig liver and intestines dishes, somehow, keep visitors coming back for more.

The cuisines cooked up within the chapters of the Chinese classic. A Dream of Red Mansions are brought to life within this establishment that began as a tea-house in 1915.

It survived the fall of dynasties, revolts, invasion, cultural revolutions and even the likes of Pizza Hut, Subway, Starbucks and other modern competitors. Its teas, dishes and breathtaking garden views reflect that history, and it can be tasted in every bite.

Tongheju originated in 1824 and specializes in Shandong cuisine. For nearly two centuries this restaurant has brought exotic tastes to the capital.

Their Chinese custards, sea cucumber stir-fried with spring onions and fish, chicken and bamboo shoot combos are just an inkling of the distant tastes that have found a home in this one-of-a-kind home of delicacies.

The oldest Henan restaurant in Beijing is so ancient that its actually date of erection remains unknown. Dishes doused in spicy-peppers and rich with the tastes of fermented bean and toufu, Makai is a great locale if tourists can stand the peppery-heat of its kitchen.

One of China's oldest restaurants, this 1741 establishment has cuisines from beyond Beijing's and even China's borders. Shaguoju offers dishes from northern China, including lion-head meatballs, donkey-meat dumplings and seafood dishes from the south, like pepper spiced mackerel or salmon. Add in some barbecued dishes from Korea and roast lamb from Mongolia, and visitors realize one trip to Shaguoju can only offer an appetizer of its range of tastes.

Very few relics of the Qing Dynasty remain so you better eat the rest while you can. Beijing's most popular duck restaurant, Quanjude, and its three-hundred-year history offer an assortment of dishes that take visitors back to its imperial origins, and yet its the duck that takes them further.

Slow roasted with onions and spices melted perfectly into its flaky-crisp skin, succulent meat dripping with natural oils, and the perfect duck sauce, Quanjude is an absolute must for those with or without a taste for history.

Looking for a taste of something different than the mighty duck monopoly of Quanjude? Bianyifang and its 600-year-old duck is older even than its main competitor. The Menlu method of roasting is uniquely theirs, and has been said to offer a crispier, richer taste.

Duck, though, isn't all that is on the menu, assortments of rices and noodles served with "old school" soups, livers and veggies make Bianyifang the one-stop-shop for those hoping for a taste of the past.

So buckle up that bib and hold on to your chopsticks because this roller coaster of tantalizing tastes will take you back a few centuries. China Highlights is experienced and connected to the beat of Beijing, offering guests varieties of eating choices and restaurant reservations that takes the effort out your stay. Start from our Beijing Tours page and create your tour from there.