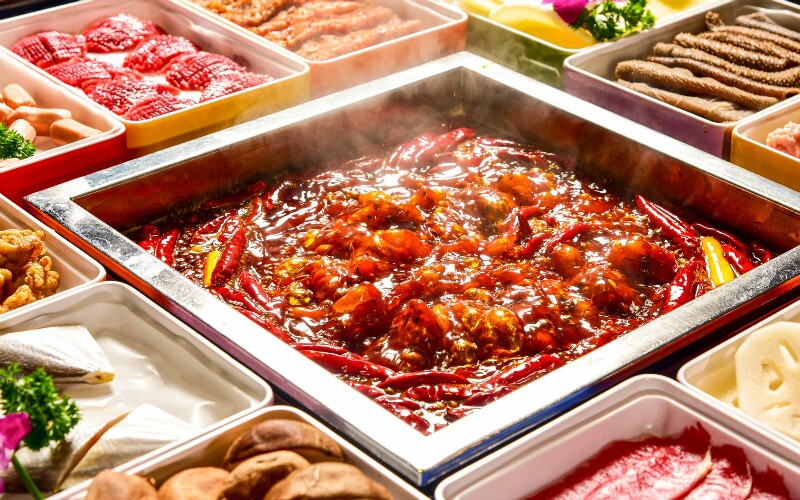 A Tour of All the Regional Cookery Schools in Beijing

If you’re going to be in Beijing and you’d like to try all the 8 schools of cookery in China; we’ll make it very easy for you to do so. We’ve tracked down some of the best examples of every kind of Chinese food in the capital. China’s food culture is one of the most varied in the world and is said to rival France for the variety and tastes available to visitors. So without further ado to the food itself. 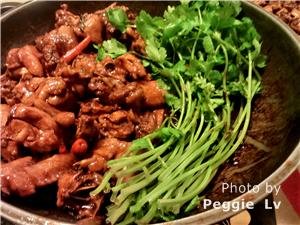 Hui Cuisine is one of the eight famous cuisines of China.

If you’re going to try Anhui cuisine which has a reputation for being fastidious about using local ingredients then you might want to head to one of the most authentic restaurants in Beijing.

The Anhui Provincial Government Restaurant is a way out of the city on ring road number 4 so you’ll need a taxi. It’s in the Anhui Representative Hotel and you’ll find it on the left hand side of the lobby. The tables are huge and it’s probably best to go in a group rather than as a couple or you may feel a little out-of-place.

The restaurant serves other schools of food too and you’ll find the Anhui food at the back of the menu. The Huangshan Fragrant Fish (黄山臭桂鱼) lives up to its name and if you have a sensitive nose; it’s probably best avoided – the smell is incredibly strong.

There aren’t many Anhui restaurants in Beijing and the price tag reflects the scarcity; expect to pay 400 RMB (approx.) per head for a good range of dishes. 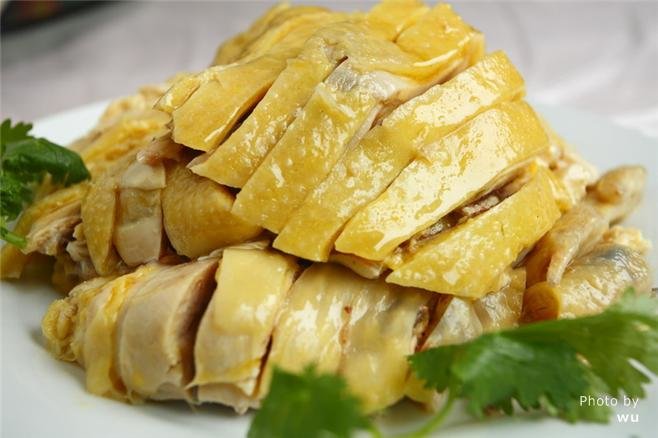 Fujian cuisine is a sweet and sour blend. Food from Fujian tends to be lighter than the food from some of the other schools of cookery. You’ll find a wide variety of ingredients which are intended to balance mountains, sea and land.

For a great Fujian meal in Beijing try Wuyishan Nongjiacai out near the tea markets. There’s plenty of seafood (for which Fujian cuisine is justly famous) to try on the menu but we really like the beef and taro dish. (It’s called niurou yuzi 牛肉芋子). It’s not the most attractive dish to the eye but the eating is incredible. There are delicate hints of cinnamon and apple and the beef, onions and chilies combine for a taste explosion. The squid with cauliflower is also exceptionally good. (It’s called suanlanyouyu 酸辣鱿鱼).

The restaurant is also very good value for money; expect to pay around 100 RMB per head including a drink or two. 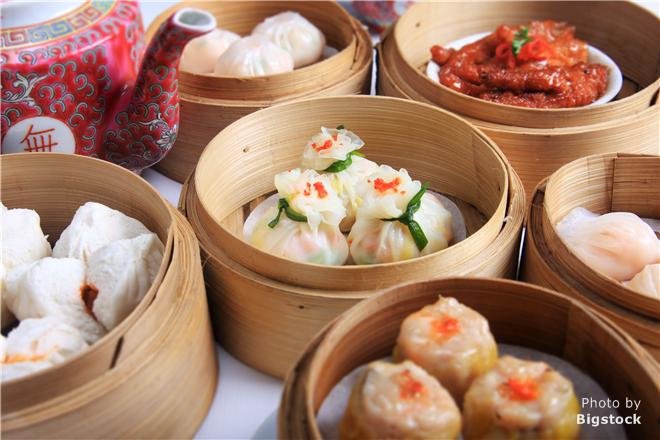 Cantonese food is surprisingly popular in Beijing and you won’t have to look too hard to track some down. We like the Lichang Seafood Restaurant mainly because it’s the oldest Guangdong restaurant in town and all the seafood is flown in daily. There are other branches of the restaurant so make sure you head to the Hugosi Branch if you want the history as well as the meal. Cantonese food is the school of cookery that is most easily recngnized by

As with most Cantonese restaurants the menu is a hodge-podge of flavors and dishes. We like the dim sum offerings and you can mix and match as many of those as you like. Try the lobster sashimi for something really decadent and finish up with the famously stinky durian cakes. Expect to pay around 300 RMB per person. 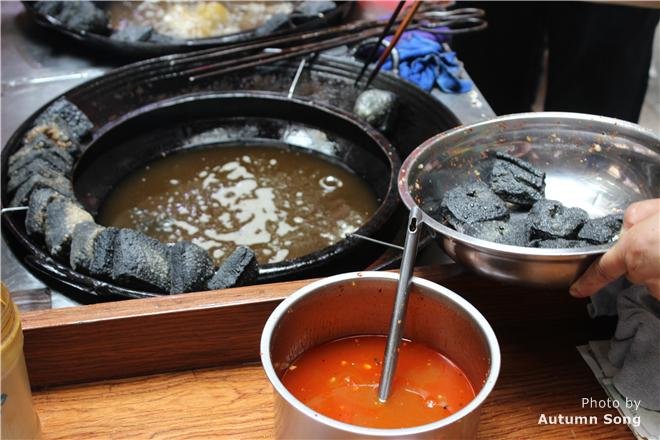 Hunan food is spicy so be warned; there’s a lot chili hiding on almost every plate. It’s a head-to-head tie between Hunan and Sichuan food as to where China’s spiciest food comes from.

Our recommendation here is an austere place; Gen Ju Di. Why is it austere? Some bright spark decided to replicate the Hunan Communist Party HQ as a restaurant. It’s a great place to go because all the waiters dress up in Army uniforms from the 1930s. It’s also one of the cheapest restaurants in town and you’ll easily get change from 100 RMB. Try the fiery hot pot and wash it down with lashings of beer. There’s no need to call in advance there’s always a table and they don’t take reservations.

Take the metro to Jinxing Lu and it’s about 20 yards east of the exit. 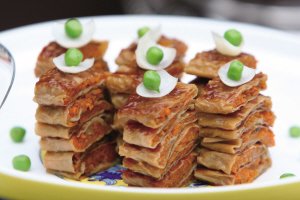 Our recommendation for Jiangsu food in Beijing is the Mei’s Mansion Family Feast it’s in one of Beijing’s few remaining hutongs and it’s worth a visit for its wonderful open courtyard as much for the food. We like the sweet and sour pork ribs here but to keep things balanced we like a plate of stewed cabbage and chestnuts alongside it.

You get what you pay for here and the food is every bit as tasty as the setting is beautiful; expect to pay around 3-400 RMB per head. 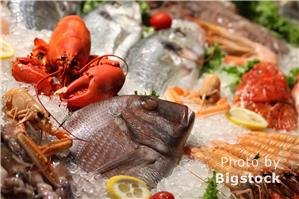 Shandong is Beijing’s native cuisine; though purists say that it’s been corrupted a little by exposure to big city life. We say; “Bring on the Beijing Duck” which is not only the city’s signature dish but also the tastiest meal you can eat in China.

Da Dong’s Beijing duck is considered by many to be the best in the city, so you need to call in advance and arrange a table or expect a somewhat lengthy wait for a seat. It’s worth the wait. Somehow the clever chefs at Da Dong have managed to reduce the fat content in the duck without compromising that mouthwatering Beijing recipe. The whole duck is a paltry 200 RMB and while there is a menu of plenty of other Shangdong delights; if you’re only going once have a duck each and hang the expense. 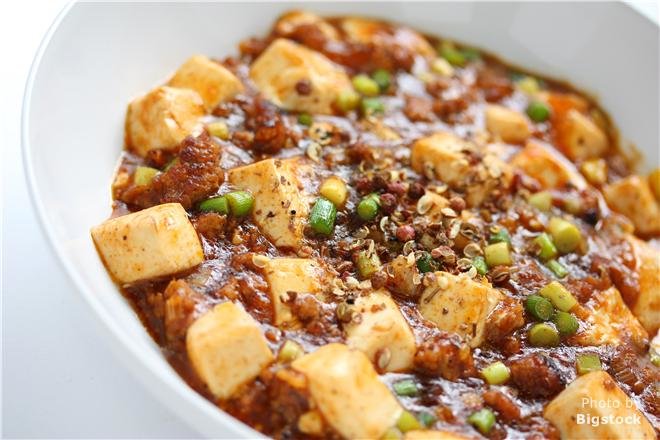 Sichuan food is complex, fiery and spicy and it’s often the favorite choice of the overseas visitor to China. We like Chuan Ban for our Sichuan food as it’s the most authentic place in Beijing; after all it is owned and operated by the Sichuan Provincial Government.

The Gongbao (Kung Pao to Americans) chicken is simply sublime and while it may not sound too healthy we also really like the twice-cooked fatty pork. If you’re feeling adventurous the ox lung and lean beef starter is simply excellent but we appreciate it’s not for everyone.

You can’t make a reservation at Chuan Ban and the wait time tends to be about 25 minutes in the evening (you can cut this down by turning up before 6 or after 8). It’s not the most romantic of settings but the food simply can’t be beaten. 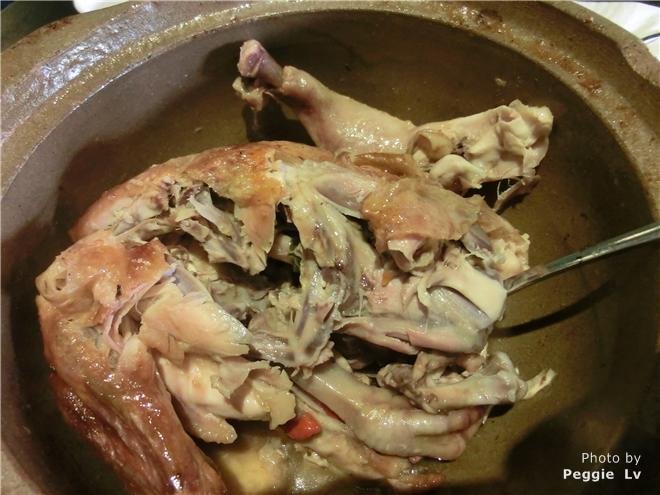 With Zhejiang food the emphasis on light, crisp and elegant; it’s almost never greasy and may be the healthiest of all the Chinese cuisines. We’d like to recommend the Wahaha restaurant which is owned by one of China’s wealthiest business people who is also a personal chum of the man who owns the Wahaha bottled water brand.

Wahaha’s is a beautiful showy restaurant and the perfect place to wrap up your culinary tour of China in Beijing. Sometimes you need to live a little. You’ll be rubbing shoulders with upper class locals so it’s not a bad idea to dress up for the occasion either. On the bright side it’s really not expensive and you won’t pay much more than 150 RMB per person here.

Try the Dongpo Pork which is succulent and refreshing. The roast pigeon is also very good though we tend to find as with pigeons everywhere in China they’re a little on the small side and you’ll need more than one. The cashew shrimp is also very good.