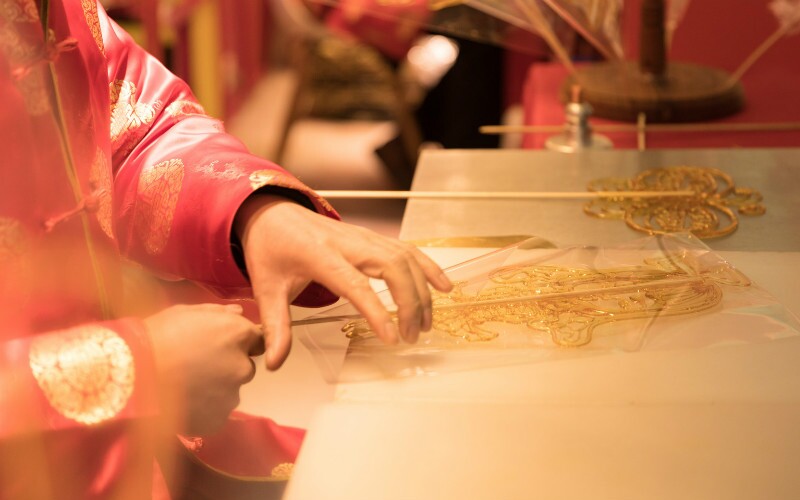 Beijing Folk Museum is the ideal destination for anyone curious about traditional Chinese mythology, or who is simply looking for an interesting diversion in the midst of their travels.

Located in the original Dongyue Taoist Temple, which was built in 1319, the museum is the only folklore museum in Beijing, and besides exhibiting folklore items all year round, it attracts numerous local people by holding abundant folklore activities during traditional holidays (e.g. the Spring Festival, the Mid-Autumn Festival).

The museum is organized in three main courtyards, holding many collections of statues, steles, stone tablets, couplets, and inscriptions. You will get a feeling of what the Taoist supernatural world is like by observing the statues. Each department of the supernatural world is depicted in a series of statues accompanied by a description of each and its role and purpose, which makes some interesting reading.

Beijing Folk Museum features year-round folk culture exhibitions, including traditional costumes, folklore, etiquette and customs, and more. Throughout they year, the museum hosts cultural activities related to China's traditional holidays. When you visit, you may also make offerings to the gods, including the god of Mount Tai, to which Dongyue Temple is dedicated.

The folklore museum is a wonderful place to while away one or two hours, whether you are after a slice of tranquility or are interested in traditional Chinese mythology.

A refreshing escape from the general hustle of Beijing, the Folklore Museum offers a more contemplative change of pace with its collection of Taoist supernatural artifacts. Organized into three main courtyards, the museum houses many stone tablets, steles, couplets, and inscriptions.

As you peruse the artifacts, you can learn about the Taoist conceptualization of the supernatural world. A series of ancient statues depicts the various layers of 'Hell', showcasing demons, gods, and spirits of the underworld. Descriptive texts accompany each statue, explaining its raison d'être.

You can leave a small offering in the collection box or hang a fortune card, if you want to appease the gods and make a wish.