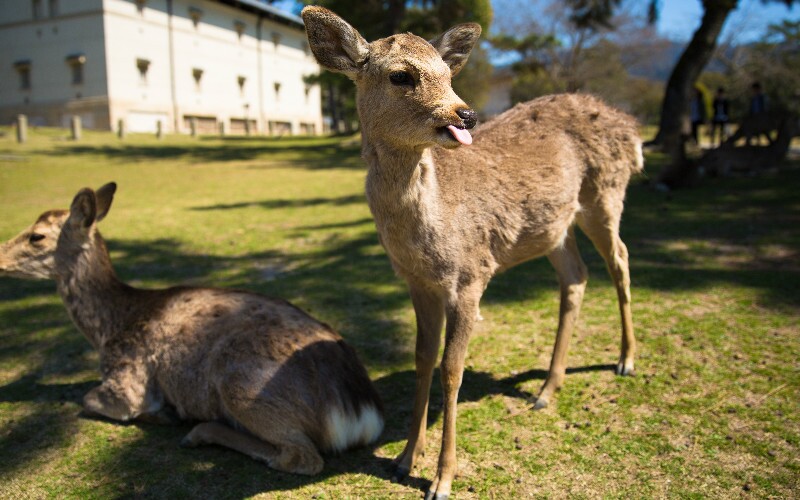 Beijing Nanhaizi Milu Park Museum, Milu Park for short, is an ecological museum to show hoofed animals such as Pere David's deer. This museum is 14 kilometers away from the urban city of Beijing. There are swamps, grassland, ponds and forests; it is an ecological place totally blocking out any outside interference. Right now, the museum has become an important place to display the deer species and other wild animals, and it’s a place for teenagers to acquire environmental protection knowledge.

Milu Park was built in 1985 and opened to the public in 1994. This was part of Nanhaizi, a royal park of the Yuan, Ming and Qing dynasties.

During the Ming and Qing periods, a considerable number of wild animals, such as tigers, fox and sheep, were living there. When the Eight-Power Allied Forces invaded Beijing city, the Elaphurus davidianus were taken and killed. As a result, Pere David's deer died out in China.

Fortunately, the Marquis of Tavistock from Britain sent 38 Pere David's deer to China. The number of these deer had increased to about 200 by 1993. The park was divided into sections: one for raising wild animals, an exhibition part, a picnic area and a camping section. By 2000, there were approximately 130 Pere David's deer in this park as well as some white-lipped deer, sika deer, red deer, roe deer, and other deer, as well as wild horses and birds.

In 2001, the museum displayed the history of Pere David's deer, the sites of extinct animals around the world and the planning of oriental animal protection.

What You Can See

You can see numerous deer running freely and eating grass on the grassland or playing with water in the pond, little cute deer running around, or two male deer fighting. It fully represents the whole life of an Pere David's deer. Moreover, over 200 species of plants are planted there, which are good for children to observe and study.

Meanwhile, a good time for bird-watching is during the mornings and at twilight. You can see different birds at different times in the wetland or forest. Take your camera.