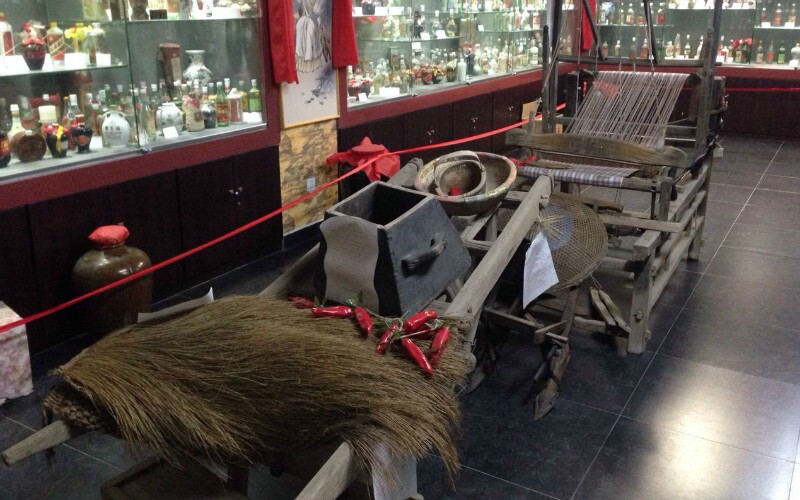 As the first comprehensive liquor museum in China, Qianding Old Liquor Museum perfectly integrates liquor collection and exhibition with cultural exchange, and vividly displays the liquor history of China over 5,000 years. It has been open to the public since its inception on November 9, 2011.

The liquors are displayed in Qianding Old Liquor Museum according to their places of origin. As a result, you can know vicissitudes of liquor brands in different periods. Qianding Old Liquor Museum is home to over 1,300 liquor brands spanning from the Qing Dynasty (1644–1911) to the 1990s, 290 of which are very rare to see now, and each brand is arranged in chronological order.

Qianding Old Liquor Museum is highlighted by the liquors from the Kangxi Period (1661–1722) and Guangxu Period of the Qing Dynasty to the Republic of China Period (1912–1949).

The oldest liquor is the Double Happiness produced in the Kangxi Period of the Qing Dynasty, which was purchased from a wine collector at the price of 1.15 million RMB in 1995, and its value is inestimable now.

In addition to collecting and displaying old liquors, Qianding Old Liquor Museum also dedicates itself to systematically the introducing history of Chinese wine and displaying traditional Chinese culture to the public, through holding a series of themed exhibitions and temporary exhibitions.

Owing to its location in central Beijing, visits to Tian’anmen Square, the Forbidden City, the Temple of Heaven, and China National Museum are very convenient from Qianding Old Liquor Museum.

Let this off-the-beaten-track museum tell you another face of Beijing. See our museum tour to visit this museum