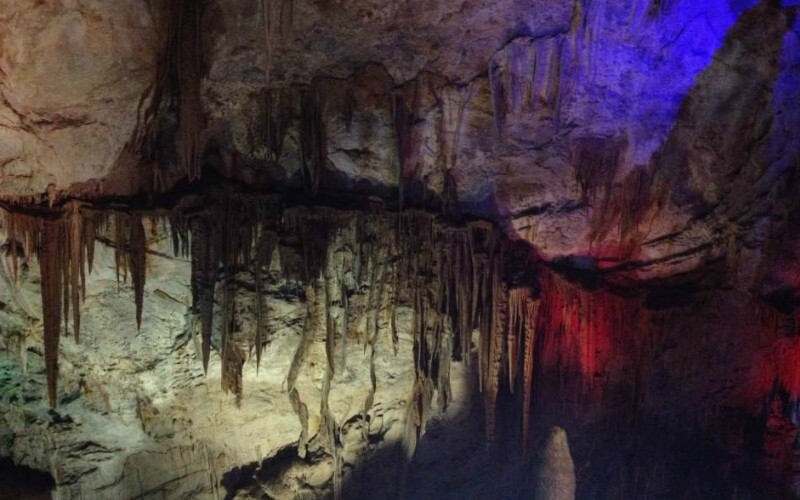 Shihua Cave has a good reputation both at home and abroad, given its unique typicality, diversity, naturality, integrity and rarity. Its rich geological resources demonstrate its value to researchers and teachers of geological science, and in promoting tourism.

Deposits in the Stone Flower Cave record the historical evolvement of the earth and sedimentary changes, creating an important information database place for studying ancient geological environmental changes. Beautiful stalactites inside the Stone Flower Cave can be seen in thousands of postures. These stalactites are extremely rare underground cave wonders in the northern part of China.

The Stone Flower Cave is also called the Ten Buddha Cave (meaning stone Buddha cave), and is located 50 kilometers from Beijing. Because of its depth and mysteriousness, it has also been called Qianzhen Cave. It is called Stone Flower Cave because of its various gorgeous, colorful, and wonderfully unique stones and flowers.

Cave experts at home and abroad believe that the Stone Flower Cave has the greatest amount of karst sediment in all of China. Its contribution to aestheticism and to scientific research is at the top of the world’s caves. It is also one of the four world-famous caves, called the four major karsts caves, in China, with the other three being the Reed Flute Cave in Guilin, the YuHua Cave in Fujian and the YaoLin Cave in Hangzhou.

The Stone Flower Cave’s famous scenery represents a national grade landscape. The sightseeing area for this water-eroded cave is in the magmatic national geological park of Fangshan. The cave also provides a base for geological science and education. On September 18, 2005, the Stone Flower Cave obtained the honor of being “the best cave wonder in China.”

The Stone Flower Cave is a multilayer floor-type cave with multiple branches and seven layers. The first to the sixth layers are cave landscape, and the seventh layer is an underground river. The level distribution of the Stone Flower Cave is obvious and clear, as it has dense sediment distribution, complete forms, and numerous caves. It also has five types of sedimentary, namely dripping water, running water, percolating water, stagnant water, and splashing water -- altogether more than forty forms. The Stone Flower Cave has opened the first to the fourth layers to visitors, offering a 2500-meter, nearly two-hour touring route.

There are up to 18 scenic areas and more than 120 different landscapes to enjoy, all divided into 16 halls and ten wonders. So far, there has been at most five karst landscapes in China.

Large amounts of houseleeks and moonmilk in the caves were first discovered for domestic use. Flag stones, shield stones and curtain stones are typical of China's cave deposits. The perennial temperate in the cave is 13 °C, and the weather is spring-like year round, making the cave attractive to tourists during all seasons.

There are many natural stone formations. Numerous multicolored stone flags and beautiful stone shields are typical of China's cave deposits.

Outside the cave are exhibitions of wildlife stones and wild animals.

About 400 million years ago, the Beijing area was once a vast sea, with many carbonate material deposits under the sea. Because of the movement of the earth’s crusts, after several vicissitudes the seabed rose to form the land. Then, carbonates gradually corroded into many karst caves, with ShiHuaDong being one of them. Stalagmites of the Stone Flower Cave have witnessed summer climate changes in Beijing for 2,650 years.

China Highlights can help you customize a tour to visit Stone Flower Cave and other highlights in Beijing.