Tianyi's Tomb is the largest eunuch tomb complex in the Beijing region. Only 20 km from Beijing, it is picturesque and majestic, replete with sculptures, marble edifices and decorated causeways. While primarily dedicated to Tianyi, a prominent servant of the Wanli Emperor during the Ming Dynasty, it also holds memorials to other eunuch servants, making the locale rich in art and spirituality.

With grave complexes eerily similar to those of China's greatest emperors, it should be noted that Tianyi's eunuch temple is only majestic because of the admiration of him that lived on after his death. Lesser eunuchs asked to be buried near Tian when they died, and so the area became a complex.

The Significance of Tianyi Tomb

The myriad dynasties of China left behind many tombs, some of which have largely been forgotten. One of these is Tianyi Tomb, or "The Eunuch Tomb." A quiet location with many impressive marble structures, the Eunuch Tomb is all the more remarkable due to its low tourism rates, an appealing feature that ensures a peaceful and reflective visit.

One of the only tombs dedicated to a eunuch, Tianyi Tomb (locally known as Cixiangan or Shixiangluan) is easy to get to and fun to explore. The short hike between tombs will keep you moving and active, and the rich history of the place surrounds travelers. With resplendent archways and plenty of photo-worthy statues and groves, this is a visit you will remember.

Tianyi Tomb is located off the west side of Beijing, . At a mere 20 km from the city itself, it's a convenient location to visit while avoiding the overcrowded nature of many other tourism sites.

500 meters away is Fahai Temple, another historic destination and a center of Buddhism in the area. Be sure to stop by this location if you're interested in expanding your knowledge of Buddhist tradition and life.

Getting to Tianyi Tomb is simple with a rental car or cab, if you don't mind the charge. The scenic trip through outer Beijing is sure to enchant as well, adding to your journey.

Many Beijing downtown buses pass through the region; however, none stop at the tombs. Be sure to bring some rations, as well -- the Eunuch Temple, unlike most of Beijing, has no prominent local hotels or restaurants.

In ancient China, an emperor's esteem was of universal importance. Those favored by the dynasty of their time enjoyed incredible wealth, power and privilege. However, to earn this respect, one had to be a loyal and devout servant of the royalty.

In the eunuch Tian's time, the ruling elite was the Ming dynasty, most specifically the Wanli Emperor.

Tian was unique among the Wanli Emperor's servants in that he was an exemplar of good taste, impartiality, and most importantly strict loyalty. In an age when courtesans could rarely be trusted, Tian was a rock of morality who rarely took sides and always considered the needs of his Emperor before himself. This personal conduct earned him the admiration of the emperor despite being a eunuch.

When Tian passed, the Emperor was supposedly so despondent that he ceased all official functions for three days. Given how vital his role was to feudal society, this was a very significant event. In displaying this connection of grief, the Wanli Emperor both exhibited how important Tian had been to him, and had also reconnected with his people once more.

Palace servant or not, Tian had been a common man, and to see the Emperor in tears over his passing helped reaffirm the people's faith in the dynasty. Tian Yi's posthumous reputation was a model for those who came after him, helping to pave the way for the complex social structures China enjoys today. 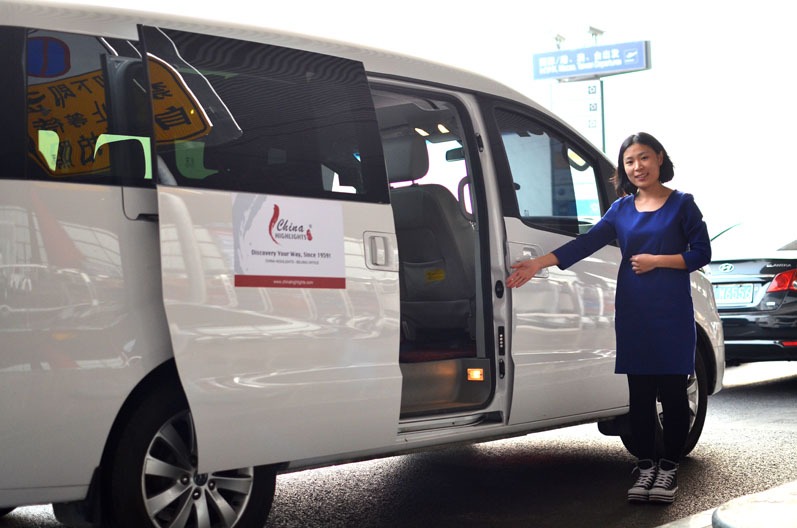 Beijing Travel Guide Beijing's Best Business Hotels
We are here to help you...
start planning your tailor-made China tour with 1-1 help from our travel advisors. Create Your Trip
About Us
China Highlights tailor-makes China tours to help travelers discover China their way. We're a passionate team of one hundred avid travelers who love to share our knowledge of China with those looking for a more authentic travel experience, more ...
Follow Us
Featured on