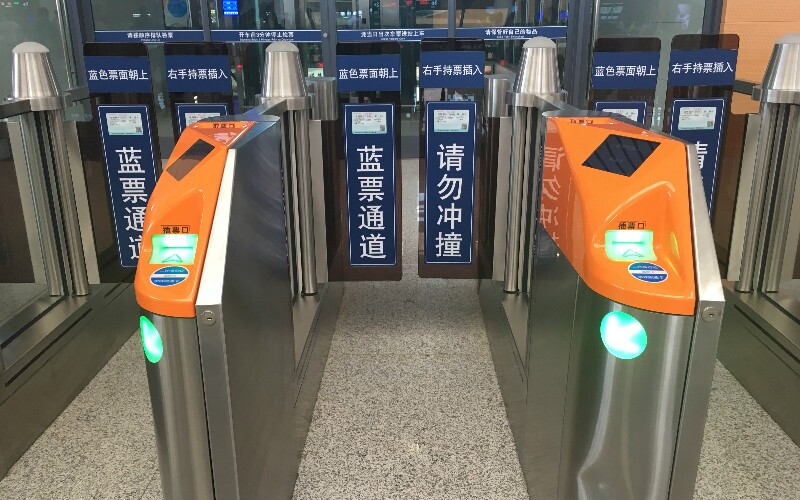 Subway Line 10 is a loop line like Line 2. Liuliqiao, Niwa, and Jiaomen East are still under construction to complete the loop.

Beijing Antique City is about 2 kilometers away from Jinsong Station. It costs around 10 yuan by taxi to get there.

Walk from Jinsong Station (Exit D) to Jinsong East Station of the 3rd Ring Road. Transfer to Bus 974 (for 2 stops) and get off at Capital Library Station 首都图书馆站. Then walk about 400 meters to Beijing Antique City.

Beijing Antique City is a trade market for antiques. The main products include ten major categories which have thousands of varieties, such as antiques, classical furniture, antique clocks, old carpets, antique ceramics, celebrity calligraphy and paintings, and jade carvings.

Walk south from Jintaixizhao South Station (Exit D) for 200 meters to the Jinghua South Street junction. Turn right and walk along the street to the end (around 1,000 meters). Then turn right, walk 200 meters and you will arrive at the Palace.

The Palace, adjacent to the famous Sanlitun and Xiushui Street, is located in the business center of Beijing. It is surrounded by commercial outlets on two sides and two office buildings.

Tuanjiehu Park is 1.7 kilometers away from Tuanjiehu Station. You can take Bus 758 or walk there.

Beijing Chaoyang Park was once a swamp hollow. In the 1980s, the lake was dredged and a road sweeping around the lake was built. Since then, it has had an elegant environment, with clean water and green mountains.

A skiing resort is built on Wanren Square, at the eastern edge of the park. It covers an area of 30,000 square meters. The skiing period is from December to the following March each year.

During the 2008 Beijing Olympics, a Beach Volleyball Ground opened in Chaoyang Park, which was in charge of the venues for the beach volleyball competitions.

When you get out of the subway station, you will be at Changhong Bridge. Then go west about 200 meters and you will get to Sanlitun Bar Street.

Sanlitun Bar Street is located to the east of Sanlitun South Road of the Chaoyang District of Beijing and the Workers' Stadium. It is famous for various bars and specialties. It is within the embassy district, and therefore attracts many foreigners to visit for relaxation.

The Chinese Ethnic Culture Park is the first ethnic culture base in Beijing. There are many ethnic villages, ethnic museums and ethnic exhibitions there. In addition, it also presents many performances, such as Sheng instrument playing, antiphonal singing, piano performances, spinning, and batik presentations.

What's more, Jiandemen Station is adjacent to Badaling Highway. It contains several bus routes to some scenic spots, such as the Great Wall at Badaling and Juyong Pass of the Great Wall of China.

Beijing Yuan Dynasty City Wall Ruins Park, located in the Haidian District and Chaoyang District of Beijing, is built on the ruins of the capital city walls of the Yuan Dynasty. It was built in 1267 and was completed in 1276.

In order to protect the relics of the capital city walls of the Yuan Dynasty, Beijing Yuan Dynasty City Wall Ruins Park was established.