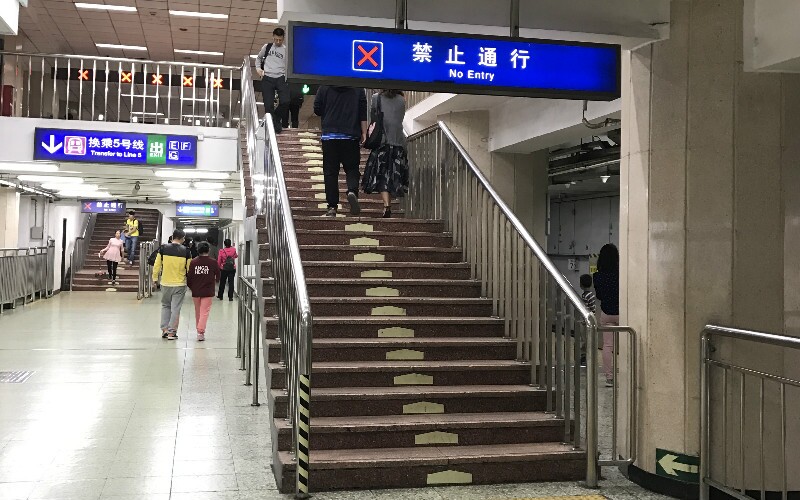 Attractions along the Beijing Subway Line 2

Jishuitan Station is located beside Jishuitan Lake on the west side of Deshengmen Street 德胜门西大街. The lake and Guo Shoujing Memorial Hall are close to the station. Guo Shoujing was a famous Chinese astronomer and hydrologist in the Yuan Dynasty. There are also many public transportation lines around Jishuitan Station, so it's very convenient to go to Xin Jiekou and Deshengmen from there.

the Bell and Drum Towers

Gulou Street Station is located in the North Second Ring Road, to the north of the Bell and Drum Towers.

The Bell and Drum Towers

The Bell and Drum Towers are a group of ancient buildings located to the north of Beijing's north-south central axis, being the central point for striking the time in the Yuan, Ming and Qing dynasties.

Shichahai, located to the south-west of the Bell and Drum Towers, is a popular tourist place in Beijing. With so many historical sites, bars and restaurants, it has become a must-see destination for people visiting Beijing.

The nearby attraction: Ditan Park 地坛公园

Walk to the north from Andingmen Station, then you will arrive at Ditan (the Temple of Earth), which was the famous garden for sacrificial ceremonies in the Ming and Qing dynasties. Ditan, a solemn and quaint royal temple, was the place where the Chinese Earth God and some other Chinese gods were worshiped by emperors in the Ming and Qing dynasties. It is also the biggest existing temple for sacrificial ceremonies in China. Now there are still many well-preserved Ming and Qing buildings there. During the Spring Festival of each year, a temple fair is held and other cultural activities are displayed in the park.

The Imperial Academy is located in Andingmen in the Dongcheng District of Beijing. Built in the 10th year of the Dade Period during the Yuan Dynasty, it was the highest educational administration and the highest academy in the country during the Yuan, Ming and Qing dynasties. There are Chinese scholar trees on both sides of the Imperial Academy Street; at the east and west ends, as well as both sides of the front door, of the academy are color-painted decorated archways. It is the only ancient street with four archways left in Beijing.

The Yonghe Lama Temple, located in the east part of Yonghegong Street, at the north-east corner of the inner city in Dongcheng District of Beijing, is the biggest Lama Buddhist temple in Beijing. It occupies an area of 66,400 square meters and possesses over 1,000 palaces. It was first built in the Kangxi years of the Qing Dynasty, enjoying a history of over 300 years.

The Confucian Temple, located in Guozijian Street of Dongcheng District, was the place to offer sacrifices to Confucius in the Yuan, Ming and Qing dynasties. The Dacheng Palace inside was just the right place for holding sacrificial ceremonies. The ritual and musical instruments are still set out as they originally were in the palace, reproducing the scenes of worshiping Confucius and dancing with music in those years.

The nearby attraction: the Dongyue Temple 东岳庙

The Dongyue Temple, first built in the 6th year of the Yuanyan Period (1319), is located outside Chanyangmen 朝阳门外. The temple features rich statues of gods and Buddhas, stone tablets and couplets. There are over 3,000 statues in the temple, and all the statues, in different postures and manners, are vivid and lively.

The nearby attraction: the Ancient Observatory 古天文台

The Ancient Observatory in Beijing, located in the south-west corner of Jianguomen, was built in the Zhengtong years of the Ming Dynasty (1436-1450). It is one of the most ancient observatories in the world. Being called "Star Observation Platform" in the Ming Dynasty, it was equipped with abridged armillas, armillary spheres, celestial globes and other large astronomical instruments on the top, and a gnomon and a clepsydra at the bottom. In the Qing Dynasty, it was renamed "The Observatory", and after the Revolution of 1911 it was renamed "The Central Star Observation Platform". It is famous for its perfect buildings, exquisite equipment and long history. Now, it is the location of the Beijing Astronomical Instrument Exhibition Hall.

The area around Qianmen Station is a good place to experience the charms of old Beijing. There are the quaint and majestic gates of Zhengyangmen, the Qianmen Old Station buildings in a European style, as well as the Dazhanlan Business Street clustered with many shops of 100-year-old brands.

Besides, visitors can also visit the Badaling Great Wall, the Ming Tombs, the Juyongguan Great Wall and other attractions from there by bus.

Liulichang Cultural Street, located outside Hepingmen Street of Beijing, is a famous cultural street in Beijing. It originated from the Qing Dynasty. At that time, the provincial graduates from all over the country who visited the capital for the imperial examination mostly lived there, so there were many shops selling books and writing brushes, ink sticks, paper and inkstones, gradually forming a thick cultural atmosphere. There are a lot of shops selling antiques, calligraphies and paintings now, and most of the foreign visitors will go there.

In addition, the Zhengyici 正乙祠 and Guguang Guild Hall 湖广会馆 which are not far from there are both good places to enjoy the Beijing Opera.

The area around Fuchengmen Station is a business zone with a rich breath of life in Beijing. Lu Xun Museum is located near the station. Lu Xun was China's great littérateur and thinker. Lu Xun Museum was built in 1956, and it has collected over 30,000 cultural objects. Lu Xun's former residence in the museum was designed and built by Lu Xun himself in 1924 and has been well preserved.

Back to Beijing Subway