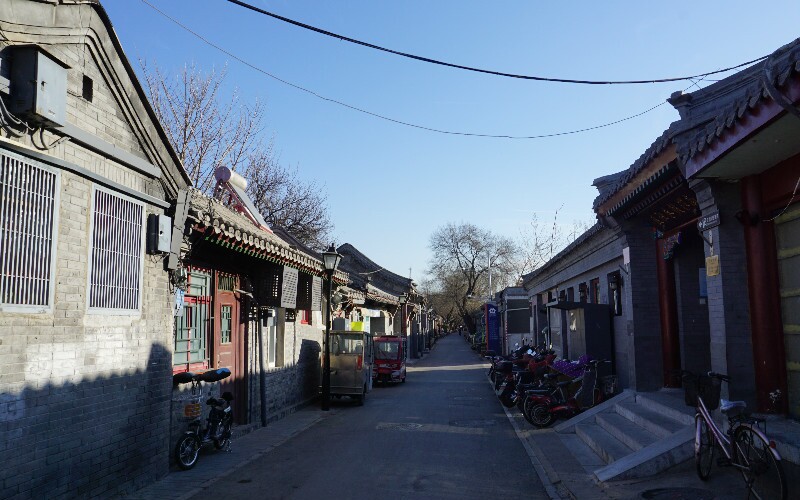 Starting from Pingguoyuan (苹果园站/Apple Garden Station) in Shijingshan District in the west and ending at Dongxiaoying (东小营站) in Tongzhou District in the east, Beijing Subway Line 6 has an approximate length of 52 kilometers. There are some attractions worth visiting along Line 6.

Nanluoguxiang is one of the oldest communities, and also has one of the most beautiful of the 30 alleys in Beijing. It is a unique street scattered with special pubs and bars, and well-preserved siheyuans — traditional courtyards. The pubs and bars there are mostly housed in the traditional courtyards and decorated with little red lanterns hung at the front. Compared with those in Sanlitun and Houhai streets, the bars in Nanluoguxiang are quieter.

Beihai Park is located in the heart of Beijing, on the north-west side of the Forbidden City and Jingshan Mountain. Built during the Liao Dynasty, it has the longest history of existing imperial gardens. Beihai Park covers an area of about 700,000 square meters, more than half of which is water. There are pools, temples, palaces, bridges and corridors.

Two snacks are highly recommended because they are the most exquisite of the local snacks available and you may be overwhelmed by their fragrance.

Pea flour cake (豌豆黄): it is a cake made from peas which is light yellow in color, sweet, and just melts in your mouth.

Steamed bread with dates (枣卷果): it is a typical halal snack made of dates and Chinese yams, especially favored by Hui people in the Beijing and Tianjing areas.

Dongdan Wangfujing is a busy place where the young like to go because there are lots of shopping malls and pedestrian streets scattered there. Haiyuancang, once a place used for storing rice transported to the capital by water, is now a rising place in the traditional Beijing alley structure. It is full of so many different kinds of restaurants serving different styles of dishes that it is well worth visiting.

It is a comprehensive building containing shops, restaurants, health centers and so on. It is an ideal place for shopping and entertainment.