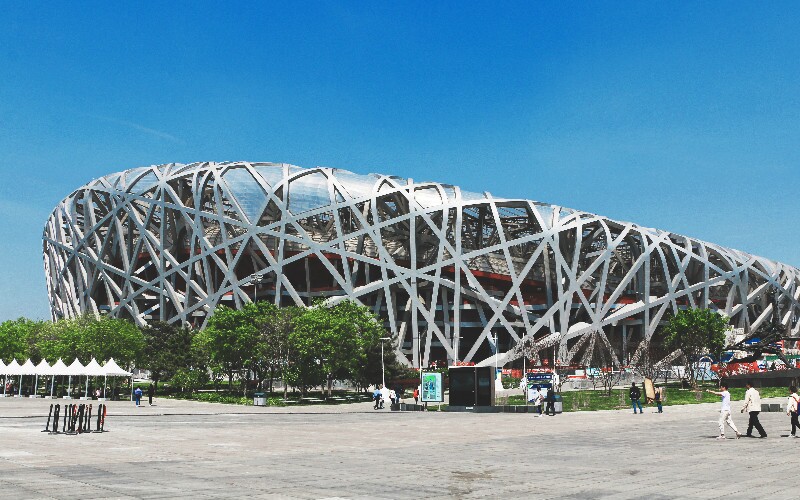 Highlights along Subway Line 8 in Beijing

Forest Park is the terminal station of Subway Line 8, where the Olympic Green Park and Olympic athletic fields for tennis, hockey and archery are located. It is a perfect place to hold a gala party and watch the games.

The temple is now located on the west side of North Third Ring Road, Haidian District (海淀区北三环西路). It was first built in the Yongzheng period in the 11th year of the Qing Dynasty (1733 AD) and was originally named "Juesheng Temple" (觉生寺). After the great bell, "Yongle Big Bell" (永乐大钟) — the biggest bronze bell left in China, with a height of 6.75 meters, weighing 46 tons; the thickness of the bell body varies from 94 millimeters to 185 millimeters — was made and moved into the temple in the Yanlong Period of the Qing Dynasty, people called it the "Big Bell Temple".

The Beijing World Park is about 600 meters to 700 meters away from Dabaotai Station, being only one station away, so you can change to bus route 451 and get off at World Park Station. The park is located in Beijing's Fengtai District and the overall area is 46.7 hectares. There are more than 100 miniature architectures of more than 40 countries sited in the park, such as Notre Dame de Paris of France, the Terrace Garden of Italy, the Taj Mahal Palace of India, the Egyptian pyramids, the Grand Canyon of the USA, and the Great Wall of China.