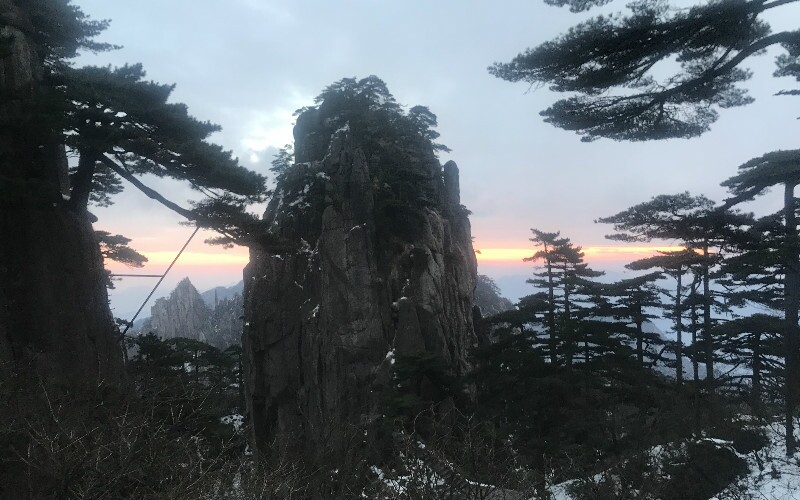 If you are someone who is interested in Chinese culture and history, a trip to see the stone statues at Guizai Mountain is for you. This trip would also be enjoyable for anyone who likes archeology and general ancient history. This is your chance to see perhaps one of the new wonders of the world that not many have had an opportunity to see.

These ancient stone statues were found by archeologists in the summer of 2010 at an ancient worship site in this mountainous region in Hunan. You will not want to miss visiting this exciting piece of Chinese history and seeing these statues up close and in person.

Another Wonder of the World: Facts about the Stone Statues

Local administrative officers have called these statues “another wonder of the world.” The Guizai Mountains truly earned their name as the local name for statues is “Guizaizai”. These statues have the potential to become one of China’s top tourist attractions. This is the largest collection of statues or sculptures ever found on one site together in China.

Over 5,000 stone statues were found at this large ancient worship site. Statues range in size from 30 centimeters to 100 centimeters. Some statues are even buried two meters below ground. The statues were found in a 15,000 square meter range. They consist of common soldiers, pregnant women, civil officials, and military officers. These statues have the longest history by far of known statues in China.

Historians believe that the Guizai Mountains were a large worship area for ancient cultures, and that statues held great significance for the Chinese middle kingdom. Based on field investigations and current knowledge, archeologists believe that Guizai Mountain was at its simplest a large altar. Throughout ancient history, stone statues have had a commemorative, ritualistic and sacrificial meaning.

The stone statues may have been deposited at this ancient site over a time period beginning around 3000 BC and extending into the Qin Dynasty and also spanning the Han, Wei, Tang and Jan dynasty eras. Though not quite as detailed, these statues are older and more numerous than the Qin Terracotta Warriors in the Nanling Mountains.

Guizai Mountain is located in the Nanling Mountains in Southern China. It is about one kilometer south of Tianguangdong Village in Xianglinpu Town, Dao County of the Hunan Province. The center of the Guizai Mountain is about 35 kilometers away from King Shun’s tomb. Yongzhou is the nearest major city. It is located about 295 kilometers to the north. Traveling by bus or by car, it takes about seven to ten hours, depending on which route is used, to get from Yongzhou to the Nanling Mountains.

For tourists who need to fly nationally or internationally, there are airports located in the cities of Changsha and Zhangjiajie. There are many railways here for tourists to use. Buses and high speed trains are also available and are very popular forms of transportation for tourists.

When to Go to Guizai Mountain

Generally the Hunan Province has a subtropical, humid climate. Monsoon rains fall April through August at which time it is uncomfortably warm and humid. The best time to plan a trip to this region is during the fall when temperatures are cooler and there is less rain.

You will want to bring raingear such as a rain jacket and umbrella, even if planning your trip for the fall as this region gets plenty of rainfall all throughout the year. Hiking in Guizai Mountain will require comfortable clothing as well as good hiking shoes or boots. A water bottle and snacks would also be a good idea for hiking in the mountain region.

Other Activities and Attractions in the Hunan Region

Though no specific festivals exist at this newly discovered archeological site, there are other interesting festivals that the Hunan region has to offer. One is the China Hunan Tourism Festival. Usually held in the middle of September this festival includes large ethnic performances of song and dance.

Another exciting festival in this region is the Miao Ethnic Tiaoxiang Festival, which takes place around November, or the 10th lunar month. This festival lasts one day and one night and consists of beautiful clothes and performances of dance.

Zhangjiajie National Forest Park is another popular tourist attraction in the Hunan Province. This is China’s first national forest park. Here you will have great views and get to see quartz-sandstone rock formations that were sculpted by nature, as well as green trees and sometimes mystic clouds.

Mount Hengshan is another visually aesthetic place to visit. This mountain is snow covered in the winter, providing an interesting contrast in this subtropical climate and forests. For Taoists and Buddhists, Mount Hengshan is a holy mountain.