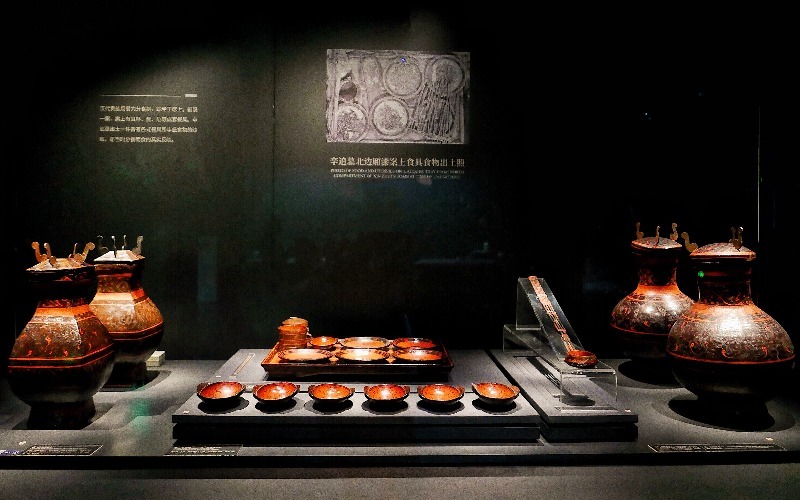 It's closed until the end of 2015 for construction work.

Hunan Provincial Museum has rich collections, among which the Mawangdui Han Tomb, the bronze ware crafts of the Shang and Zhou Dynasties and the cultural relics of Wu Kingdom are the most special.

The Mawangdui Han Tomb forms the basic display of the museum. In the exhibition hall are coats as thin as cicada, well-kept floral print gowns, a variety of delicate needlework, bright colored lacquer work drawings, silk paintings, silk books rich in content and a variety of wooden tomb figures, musical instruments and weapons. The most surprising item is the well-preserved female corpse from the Western Han Dynasty that was buried underground for more than 2,100 years. Although the beautiful features of the corpse cannot be seen, the figure’s lenitive skin, abundant subcutaneous fat and flexible parenchyma are well preserved, and this is a rare find in archaeology. The corpse also proves the highly developed technology of ancient China.

The tomb also displays other highly valued collections, including celadon porcelains of the Xiangyin Xiangyin Kiln and the Yuezhou Kiln from the Sui and Tang Dynasties, underglaze-printed porcelain of the Changsha Kiln in Tang and of Five Dynasties, the duplication of Wang Xizhi’s Preface to the Orchid Pavilion by citizens during the Tang Dynasty and the script of a famous ideologist at the end of the Ming Dynasty and the beginning of the Qing Dynasty.

While visitors appreciate the museum’s precious collections, they can also enjoy its beautiful environment, which is also a teller of history. Surrounded by trees, the museum is quiet and elegant, and is a mix of an old exhibition building, an office building and a new exhibition hall, showing the variance of the times through comparison. The new exhibition hall was built at the end of the twentieth century. Of primitive simplicity, it is magnificent and shows the rich content of Hunan's culture through its unique style, and has become a symbolic architecture of Changsha.

At the crossing of Dongfenglu and Deyalu, take public bus no. 3 or 113.

China Highlights can help you customize a tour to visit Hunan Provinvial Museum and other highlights in Hunan.