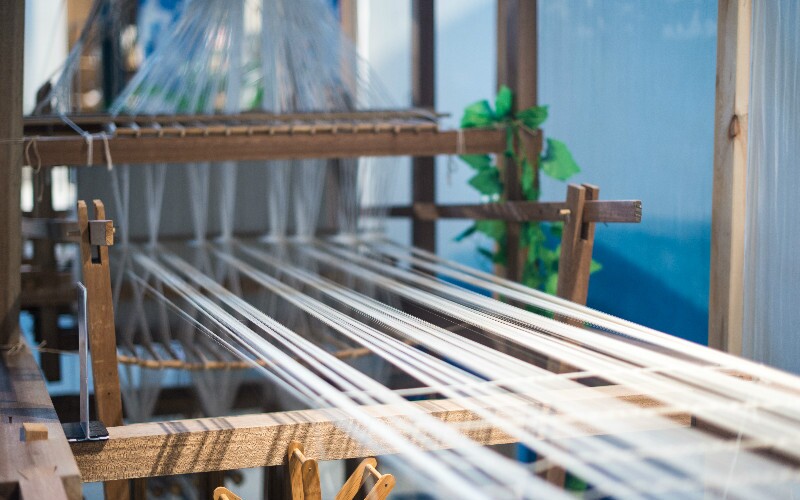 In the Museum of Nvshu (Women's Script), tourists can not only find the display and introduction of Nvshu works but also enjoy the unique female social life and cultural ecological environment. Those exhibits including Nvshu, needlework, female songs and etc perfectly combine local natural environment, buildings and daily production supplies with local daily way of lives.

Puwei Village is located next to the Xiaoshui River. The green and beautiful village is surrounded by rivers in four directions, with total residents of around 200 people. It is one of those villages which are famous for Nvshu culture.

Meanwhile, it is also the hometown of two famous Nvshu descendants, Gao Yinxian and Tang Baozhen. In February 2002, residents in Puwei Village built the previous memorial temple into the Nvshu School. The grand daughter-in-law of Gao Yinxian, Yi Yingjuan, is the teacher.

In order to pretect Nvshu culture, local government built the Nvshu Garden in Puwei Village. It is an important research base promoting and researching Nvshu works and also a good platform to demonstrate the charm of Nvshu culture. There are one major building and four halls in the backyard of Nvshu Garden.

The major building is the classroom of Nvshu School. The four halls include functional building and needlework building in the left and Nvshu handicraft Exhibition Hall and Nvshu painting and calligraphy exhibition hall in the right. Those calligraphy, pictures and video briefly demonstrate the academic achievement and local customs.

Researchers say that the number of basic single words of Nvshu is around 1,700 and 80% of those words come from Chinese square character. The rest of 20% are made by local people. The shape of Nvshu is like rhomboid which seems like the Oracle.

As the Nvshu is originally and becoming popular in the Jiangyu Town, Jiangyong County, Yongzhou City of Hunan Province in South China. Therefore, it is also known as Jiangyong Nvshu. Previously, the Nvshu is promoted to nearby counties by those married women, such as Dao County, Dayaoshan and partial Guangxi Zhuang Autonomous Region.

The existence of Nvshu results from that local women can not get the chance to read books and learn how to write in ancient China. The square Chinese character is also known as Manshu which is only learned by man.

Under such circumstances, local women developed Nvshu so as to communicate with each other. Therefore, they forbid men to learn those characters. However, most men just consider Nvshu as common decorative pattern. It is said that Nvshu has a history of more than hundreds years.

Nvshu has a special social function. Some long passage can be around 4,000 to 5,000 words and few passages are with few words. Generally speaking, Nvshu works are usually written on the refined handwritten book, sectors, cloth palmer and slips of paper. Women usually gather together to make Nvshu works and chat with each other. They usually call doing Nvshu works as Read Paper, Read Sectors and etc. Contact us for a tailor-made tour to visit this interesting museum and know more about Nvshu.