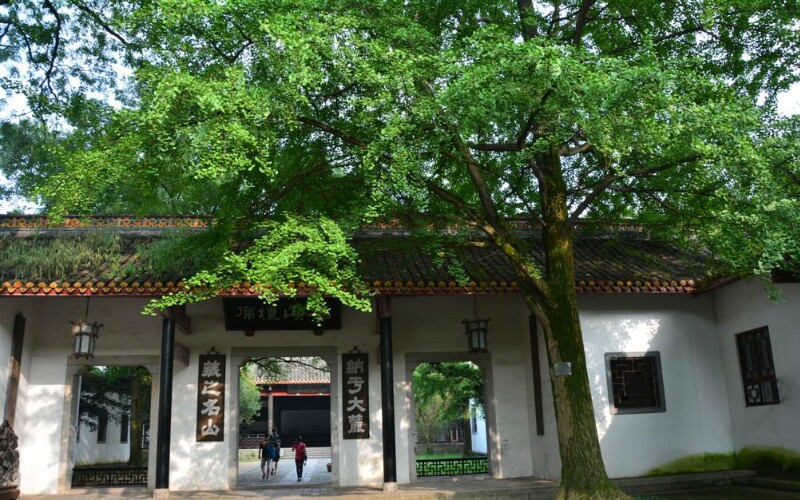 Weather: One of the best months to see Changsha is September since temperatures are pleasant, and it rains less and it isn't smoggy. It turns drier and cooler than the summer. The average daily high temperature is 28 °C (82 °F), and the average nightly low temperature is a pleasant 19 °C (66 °F). The humidity is 82%.

It rains on about 9 days of the month, and the total rainfall is about 84 mm. September is sunnier than the summer, however, the transition to fall is accompanied by changeable weather with some days of thunderstorms, and occasionally there is stormy weather from typhoons. So keep abreast of the forecast with Changsha's current weather and forecast>>

Pollution: The Air Quality Index is good at 72.

Clothing: A pair of sunglasses, a sun hat, and light clothing can help you avoid sunburn on sunny September days.

Things to Do in Changsha in September

September marks the beginning of autumn. The leaves turn yellow and red and fall on the ground. During this month, many tourists travel to Changsha to appreciate the beautiful autumn scenery in the parks and mountains. Orange Island in the Xiangjiang River

The Yuelu Academy: There is colorful fall foliage in September on the hill in Yuelu Academy Park. This is Changsha's most popular attraction. It is easy to reach since it is in the center of Changsha by Orange Island. It contains the remains and reconstructed portions of one of the first four universities that was built in 976.

Orange Island's red maples are aflame in September. It is Changsha's second most popular park area in the Xiangjiang River. It is known for its gardens, thousands of fruit trees, frequent grand firework displays, and a large statue of Mao's head.

Wulingyuan Scenic Area: September is a good time to go to China's most scenic and most popular natural park. Some autumn colors appear on Tianzi ('Emperor') Mountain at the end of September.

Mid-Autumn Festival: China's second most popular holiday is in September most years. Hunan families get together and enjoy the autumn scenery. Expect large crowds, but you'll be able to see their festivities and traditional ethnic celebrations.

September and October are peak travel months around Changsha due to the fine weather, the beautiful fall scenery, and the major national holidays. Besides the Mid-Autumn Festival, there is also a National Day travel rush at the end of September that lasts until the second week of October.

So it is harder to book Changsha flights and train tickets and to reserve Changsha hotel rooms. We could help with these.

7-Day Hunan Tour: Visit Changsha, Wulingyuan, Fenghuang, and Mao's hometown. You can customize our tours to your specification.