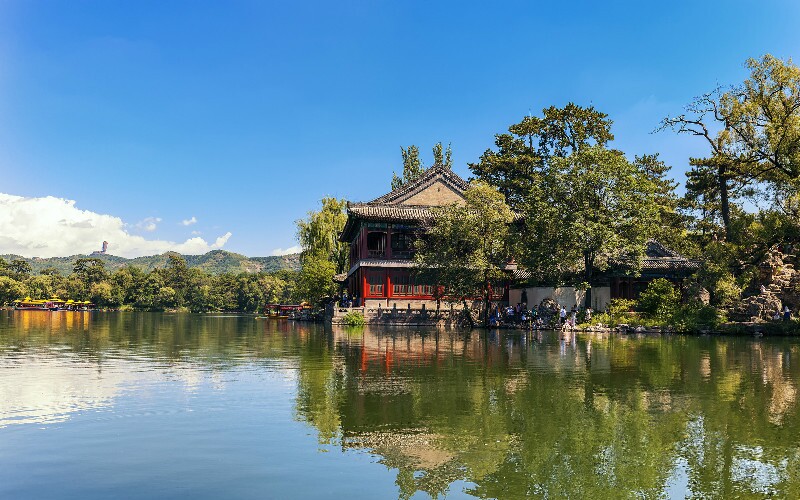 Chengde Summer Palace, also called Hot River Palace is located in the north of Chengde city and is where emperors from China's ancient Qing dynasty spent their summers to escape the summer heat in Beijing.

The palace was built during early 18th century during the reign of Emperor Qianlong with an effort of more than 90 years to compete. It contains emperor's residential buildings, royal gardens and some magnificent temples.

The most two famous Qing emperors, Qinglong and Kangxi spent nearly half of the year here each year during their reins and Chengde thus became the second most important political center after Beijing.

Nowadays, the historically important Chengde not only serves as a tourist destination but also as a live museum to explore and define the history and culture of the Qing Dynasty because of its legacy that remains. Chengde Summer Palace is the largest surviving royal garden in China, occupying an area of 564,000 square meters, even bigger than the Summer Palace in Beijing. China's ancient ambitious emperors always glued their eyes to their territory, even when they were on vacation.

This notion is embodied in the elaborate layout of the Chengde Summer Palace, which consists of several parts representing China's multi-featured landscapes e.g. the affluent rice plain terrain south of the Yangtze River and mountainous and bleak areas in Northwest China form a mini-territorial sweep of his empire.  The residential area located on the southern side houses more than 20,000 royal items, which are to be of great tourism and historical value.

Chengde Summer Palace is a fine example of China's royal gardens, which used various traditional ways to combine features of southern China and the grassland in nomadic north of China in an arrangement with more than 120 buildings.