It was constructed from April 18, 2008 to November 15, 2010, and is the world's longest high-speed line ever constructed in a single phase. The railway line was the first one designed for a maximum speed of 380 km/h in commercial operation.

The non-stop train from Beijing South Railway Station to Shanghai Hongqiao Railway Station once took 3 hours and 58 minutes, averaging 329 kilometers per hour, making it the fastest scheduled train in the world, compared to 9 hours and 49 minutes on the fastest trains on the conventional railway.

A special seat is also called a "seat for sightseeing", and is relatively luxurious. But in most cases it’s not available.

The bathrooms on the high-speed trains are better than on conventional trains. The bathroom for mother and child as well as the disabled one is much more spacious than a normal bathroom. Toilet paper and a hand sink are provided there.

The luggage rack on the high-speed train is not large enough for a trolley case, so you will have to put it in a dedicated luggage locker. Hot water is supplied in every carriage, and you can charge your phone and PC with a socket below your seat.

Cities on the Bejing to Shanghai Route

Beijing is the capital and political, cultural, educational center of China while one of the most populous metropolises in the world. Meanwhile it is the major hub for the national highway, expressway, railway and high-speed rail networks. Therefore, Beijing is undoubtedly should be set as the first stop if you come to China. It is the most original China, You will have the best opportunity to feel the splendor of the ancient nation at a close distance. There are plenty of historical and cultural sites as well as relics in Beijing. The most famous attractions in Beijing are Forbidden City, Tian'an Men Square, Jingshan Mountain out of the north gate of the Palace Museum and Beihai Park.

About the historical relics, the attractions mainly include the Summer Palace, the Ruins of Yuanmingyuan Imperial Garden, Ming Tomb, Tian'an Men Square, the Fragrant Hill, Bixia Temple, Badachu Park on Xishan Mountain, and of course, the Great Wall. Most of those are magnificent buildings with imposing atmosphere, you will have a keen sense of Chinese ancient imperial scenes. Take Tian’anmen Square, Forbidden City, Temple of Heaven, and Summer Palace Beijing Day Tour (Group) to visit the most famous vintage attractions in Beijing City.

The ancient civilization moves on with the world trending, the modern attractions mainly include the Olympic Park, especially the stadiums like the Bird's Nest and the Water Cube. Hanging around the Wangfujing Street, you feel the modern commercial element in China. Take Mutianyu Great Wall Sunset Stroll & (Group) to visit the amazing modern night view.

In addition, there are various art performance and one thing you should not miss is  Peking Opera. This cultural performance is filled with Beijing and Chinese aroma.

In Beijing, visitors are wondering around the Hutong, the place the local people used to live in; meanwhile, visitors in Shanghai could not miss the old Residential Long Tang. If you are interested in the old-style construction and want to know more about the local people’s lives.

Tianjin is a metropolis in northern China and one of the five national central cities of China. It is the largest coastal city in northern China, and part of the Bohai Economic Rim. It only takes one hour from Beijing to Tianjin. The city has many sights, for example the streetscapes. There is an assemblage of historic nineteenth and early twentieth-century European architecture. In the nineteenth century, this city suffered a series of war. Meanwhile the French built elegant chateaux and towers, the Germans constructed red-tiled Bavarian villas. These dense network of ex-concession streets south and west of the central train station, and south of the Hai River, now constitute the areas of most interest to visitors.

Tianjin cuisine places a heavy focus on seafood, due to Tianjin's proximity to the sea. Prominent menus include the Eight Great Bowls, a combination of eight mainly meat dishes, and Four Great Stews, actually refers to a very large number of stews, including chicken, duck, seafood, beef, and mutton. One thing you really should taste is the Goubuli Baozi, literally means it's so delicious that even the dog completely immerses itself in it and forget anything.

In The downtown, there are exotic places like Shijizhong Square, Italian amorous feeling street, Binjiang Avenue, Ancient Cultural Street, Drum Tower. It’s really fun to roam around the streets in Tianjin, appreciate the scenery and meanwhile taste the food.

In the suburbs you can visit Tanggu, it is a amazing town with sea, seafood, harbor, rocket battery and aircraft carrier. This coastal town might makes you too delight to leave.

In addition, there are mountains like Pan Mountain, and Confucious’ temple, are great places to learn about Chinese culture.

Jinan is the capital of Shandong Province in Eastern China. The area of present-day Jinan has played an important role in the history of the region from the earliest beginnings of civilization and has evolved into a major national administrative, economic and transportation hub. Jinan is renowned across China for its numerous springs, the lakes fed by the spring water, and the weeping willows that grow along the water edges. A famous writer used to describe the city in his novel like "Every family has spring water, every household has a willow tree." Jinan was also the historical center of Buddhist culture for the whole province which is still manifest in the many historic sites that are left behind in its southern counties.

In the downtown, you can start with the “the most glorious spring under the heaven”- Spouting Spring. The sparkling water surface integrating with pavilions, really take you breath away. Then you should go to Da Ming Lake to see the amazing lake scenery and take a boat, when you feel hungry in the noon, there are Furong Street which is full of snacks. In the afternoon you can visit Spring City Square and Black Tiger Spring. Especially in the summer, there are trees shade and everywhere, meanwhile the birds are singing, having a cup of tea there is really relaxed. If time is permitted, you can go to Tai Mountain, it is a renowned mountain in China.

Xuzhou is a major city and the fourth largest city of Jiangsu Province. It is known for its role as a transportation hub in northwestern Jiangsu, as it has expressways and railway links connecting directly to the provinces around, as well as the economic hub Shanghai. Xuzhou cuisine is closely related to Shandong cuisine's Jinan style. Bazi rou and Di Guo are famous dishes in Xuzhou.

Thought the city is not large, there are some interesting places to go. Yun Long Lake is a good place for leisure, you can have a rest there. Then visit Han Dynasty Culture Scenic Spot to learn more about Chinese ancient culture. There are hills and caves in Ma Ling Mountain, which are attractive to explore.

Bengbu is a medium-sized ity in northern Anhui Province. Its name means "Oyster Wharf" in Chinese, echoing its former reputation as a freshwater pearl fishery. It is now a famous food city in Anhui Province, food-related industries are prosperous. Bengbu is one of the centers of the Huai Yang Cuisine, one of three noted cuisines of Anhui province. The dishes tend to be salty and slightly hot, with thick soups. One of the famous dishes is fuliji(braised chicken).

Travel in Bengbu can be really relaxing, it’s an opportunity to be close to nature. You can start with Bai Ru Spring, which is place with mountain and spring, it’s the typical Chinese view. In addition, there are natural attractions like Zhang Gong Mountain, Tuo Lake, and Zhu Park. Of course the tasty food is the main point.

Nanjing is the capital of Jiangsu Province in eastern China and enjoys a prominent place in Chinese history and culture, it used to be the capital of China on several occasions. The present name means "Southern Capital". Nanjing is one of the most beautiful cities of mainland China with lush green parks, natural scenic lakes, small mountains, historical buildings & monuments, relics and much more, which attracts thousands of tourists every year. In the past 20 years, several commercial streets have been developed, hence the nightlife has become more diverse, there are shopping malls opening late in the Xinjiekou CBD and Hunan Road. The well-established "Nanjing 1912" district hosts a wide variety of pastime facilities ranging from traditional restaurants and western pubs to dance clubs. There are two major areas where bars are densely located, one is in 1912 block, the other is along Shanghai road and its neighborhood. Local people still very much enjoy street food, and as elsewhere in Asia, Karaoke is popular with both young and old crowd.

You can arrange two or three days traveling in Nanjing. Start with Mochou Lake, then Nanjing Presidential Palace, Sun Yat-sen Mausoleum, you can learn about the modern Chinese history. After that, Linggu Temple, Confucius Temple are good choice. On the day 2, you can go to Terrace of Raining Flower and The Nanjing Massacre Memorial Hall, to learn the lessons from the world war. If you have sufficient time you can visit Tang Mountain Hot Spring and Zijin Mountain, or take a boat on the Qin Huai River to appreciate the night view. 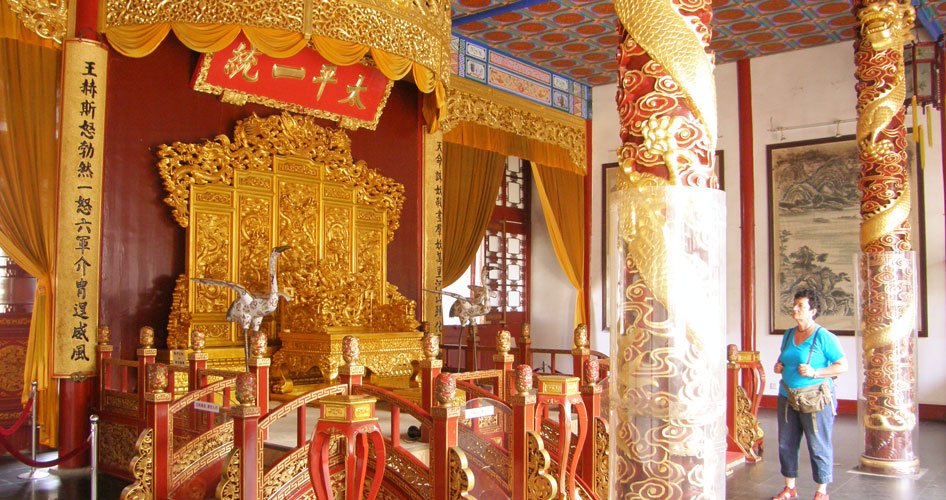 As the largest city by population in China, Shanghai is a global city, with influence in commerce, culture, finance, media, fashion, technology and transport. It is a major financial center and the busiest container port in the world. It's the most stylish metropolis in China mainland. Shanghai cuisine, sometimes known as Hu cuisine, is a popular style of Chinese food. Shanghai cuisine is epitomized by the use of alcohol. Fish, crab, chicken are "drunken" with spirits and are briskly cooked, steamed or served raw. The most notable dish of this type of cooking is "sweet and sour spare ribs", "red cooking" is another popular style of stewing meats and vegetables. Shanghai people are known to eat in delicate portions so serving are usually quite small. For example, notable types of baozi from Shanghai such as xiaolongbao and shengjain mantou are usually much smaller than the typical baozi or mantou elsewhere.

You can start from Shikumen, to stroll the old alleyway to feel the original native Shanghai atmosphere. Then go to Xintiandi and Yu Yuan, there are a lot of snacks and goods in Yu Yuan. Take Morning Shanghai History and Culture Tour (Group) to have a taste of the morning Shanghai. After some minutes walk, you reach the People’s Square, that is the center of Shanghai City. Walking along the East Nanjing Road, finally arrive at the Bund. 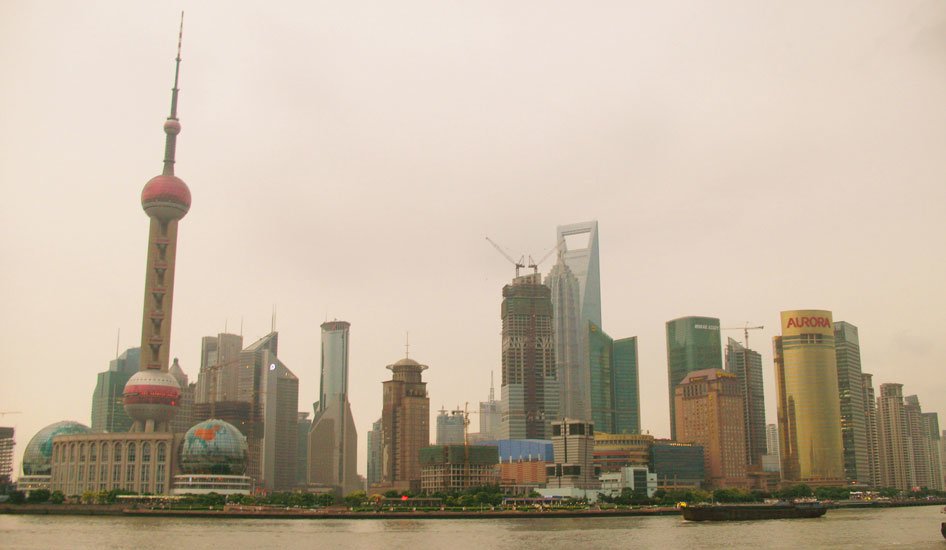 agnificent cluster of buildings come to you, especially the Oriental Pearl Tower. After seeing it in a distance, you can go across the Huang Pu River and visit Lujiazui. There you can go to the top of Oriental Pearl Tower to have a bird view of Shanghai. Take Charming Seat-in-coach Tour of Shanghai at Night (Group) to enjoy the modern Shanghai. You can also roam along the Huai Hai Road, to do some shopping and have something to drink.

Apart from those modern things, you can go to some old water towns like Zhou Zhuang, Xi Tang, Wu Zhen which is not far from Shanghai. Take Zhouzhuang Relaxing Seat-in-coach Day Tour (Group) to tour around the Jiangnan water town. 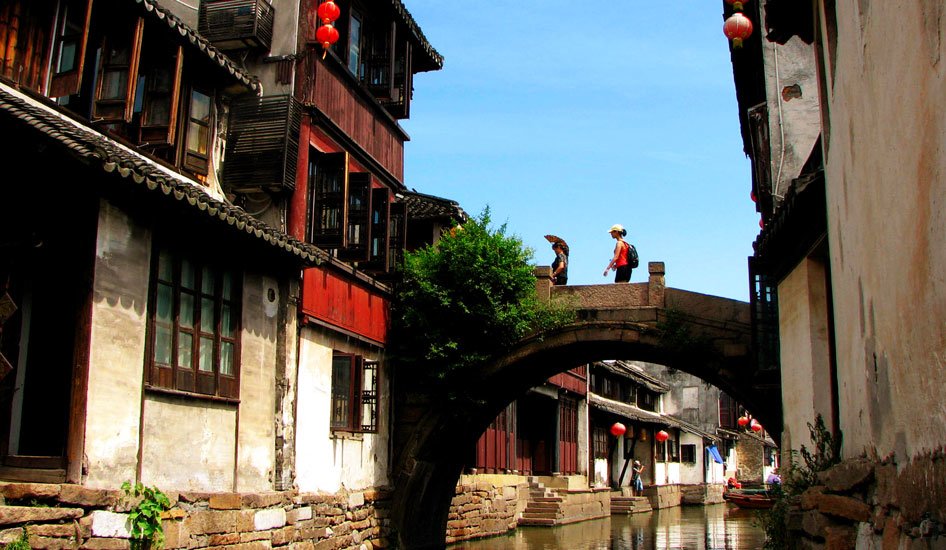 Apart from those major cities, there are more choices for you.