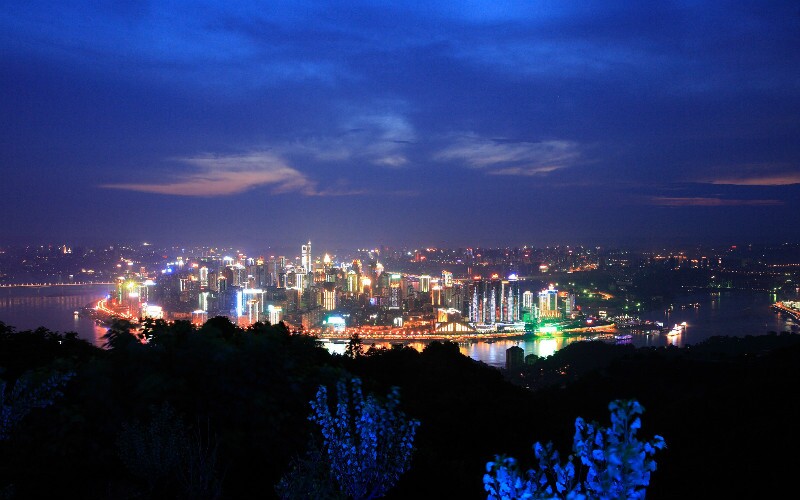 As its name implies, Loquat Mountain Park is located on Loquat Mountain which is 345 meters above sea level, at 2 Zhongshan Road, Yuzhong District in Chongqing. The park is the highest place in the old urban area and it has one of the most commanding elevations in the city center.

Loquat Mountain Park is considered to be an oasis of the modern city because of its winding roads, dense growth of evergreen trees and bamboos, flourishing flowers and grasses, and fresh air. The park is always an ideal place for people to watch the nightscape in Chongqing, the 'mountain city'.

About its name, there are three sayings: some people believe that its name comes from an abundance of loquat trees once planted on the mountain; some people think that the mountain looks like the Chinese lute.

Others hold that there was a beautiful girl living on the mountain who played the Chinese lute at night to scatter wonderful songs to her beloved who lived on the south bank, and thus people called the mountain Loquat, after the girl. In Chinese, both "loquat" and "lute" sound like "Loquat".

On the top of the mountain is the Red Star Pavilion which was built in 1955 and is situated at the highest place of the park. Red Star Pavilion is a two-storied octagonal pavilion, covering an area of about 130 square meters. Standing in the pavilion, you can have a bird's-eye view of the Yuzhong Peninsula (渝中半岛), Yangtze River and Jialing River below. Besides, it is also a good place to admire the night scene of the 'mountain city'.

Situated on the middle part of the top of the mountain, Fuyuan Garden occupies an area of more than 2,000 square meters. In the garden, there are attractions like the long gallery, single pavilion, pool, and the lute-playing girl-shaped statue.

Walking on those winding paths in the dense trees and bamboos, you can enjoy an easy and interesting life. A wide range of plant species can be found there and those trees and bamboos give welcome shade, making the garden the oxygen giving center in the urban area. Therefore, it enjoys the reputation of being the 'lungs' of Yuzhong District. Also, it is another place to admire the night scene.

Before the Liberation, Loquat Mountain Park was a private garden owned by Wang Lingji, the former president of Sichuan, called Wang's Garden. However, it was nationalized just after the Liberation. During that period, the offices of the Chongqing Party Committee were set there temporarily until they moved to another place. Later, Wang's Garden was rebuilt to be Loquat Mountain Park and was opened to the public according to Deng Xiaoping's instructions and comments.