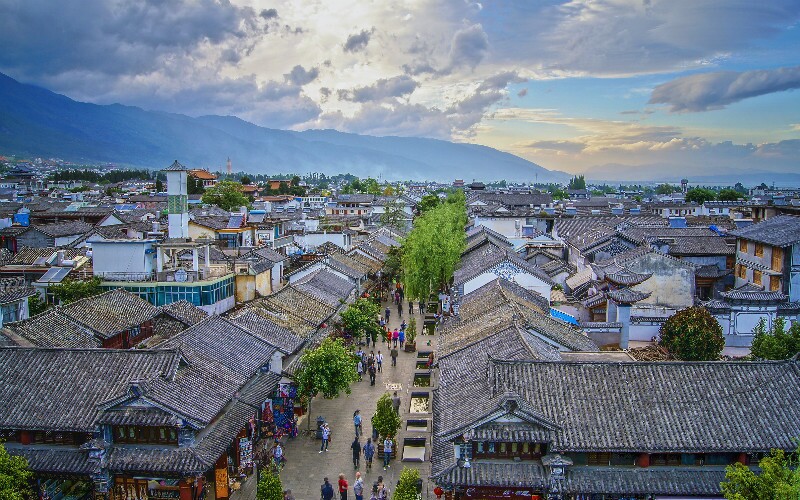 The Culture Town of Nanzhao is located in the central part of the provincial tourist resort of Dali and 2 kilometers to the south of the Ancient City of Dali.

The Culture Town of Nanzhao lies in the central part of the provincial tourist resort of Dali. It covers an area of 13,200 square kilometers, and its construction area is 4,000 square meters.

The Culture Town of Nanzhao has been built after the style of the palaces and houses of the periods of Nanzhao Kingdom and Dali Kingdom.Such buildings are:

Lixing Palace: it is the palace of the King of Nanzhao. It is grand and magnificent, and has the architecture style of Tang Dynasty. In the Palace there is a waxwork art exhibition hall for the Nanzhao culture. It is designed to reproduce the history of Nanzhao Kingdom with waxworks.

wan-yin Town: there are many folk workshops here whose front part is a store while the back part is the factory. Here you can find marbles, woodcarvings, dyed cloth, medicinal materials, curio and calligraphy and paintings. There are even alehouses and teahouses where the owners wear the ancient clothes of Nanzhao to promote the sales and reproduce the "March Street of Dali" during the period of Nanzhao Kingdom.

Dance and Music Palace: there are royal dance and music performances of Nanzhao Kingdom. Large-scale royal feasts can also be held there.

Royal Garden: it is the royal garden of Nanzhao Kingdom. In the Garden grow all kinds of flowers and trees.