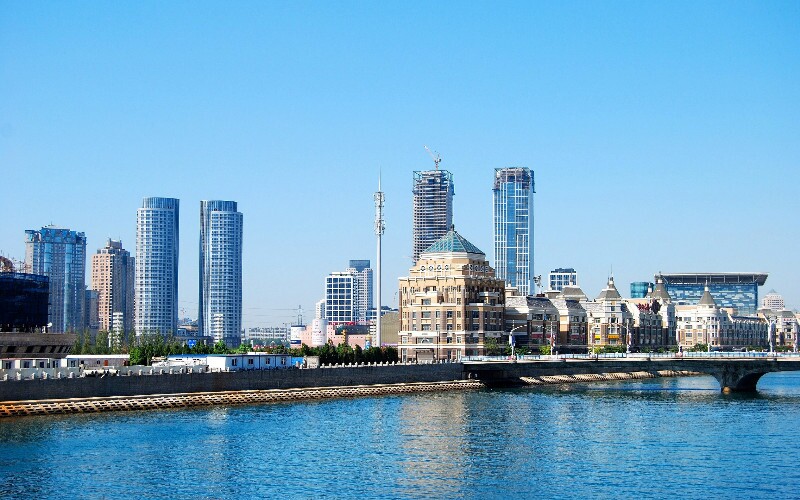 Charm of the Sea Square

At the center of the Square is a large sculpture, consisting of five white steel pipes with differing curvatures. The sculpture is 19.9 meters high, commemorating the 100th anniversary of the founding of Dalian in September of 1999. Twenty-one flying seagulls symbolize the 21st century. Fifty balls, shaped like atoms with varying diameters, represent the 50th anniversary of the founding of the People's Republic of China. The sculpture resembles a flying dragon, thus the name "Charm of the Sea".

The square is constructed of crane cast steel, stainless steel and granite. Standing 60 meters tall at the center of the square is a man made waterfall. The source of the waterfall is the Holy Axe garden. There is a totem garden, symbolizing the harmonious relationship between men nature.