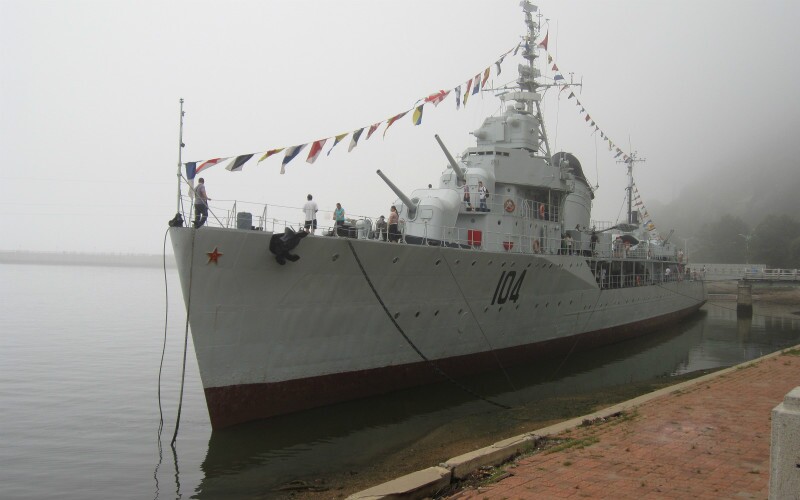 The Port of Dalian, founded in 1899, is situated at the southern end of the Liaodong Peninsula on the Yellow Sea in Liaoning Province. It is the northern most ice-free port in China,

It is the largest multi-purpose port in Northeast China, serving the seaports of North Asia, East Asia, and the Pacific Rim.

The port of Dalian is the second largest container trans-shipment hub in mainland China.

It has established trading and shipping relationships with more than 300 ports in 160 countries around the world. There are 75 international container shipping routes. It can handle more than 100 million tons of cargo each year.

The Port of Dalian covers 346 square kilometers(85.5 acres) of water and square kilometers (3.7 thousand acres )of land. It has 84 berths handling containers, crude oil, petroleum products, grain, bulk ores, coal, and roll-on/roll-off cargoes. Of these 52 have berthing capacities of over 10,000 tons.

Dalian Zhoushuizi International Airport is about 15 kilometer from Dalian Port Cruise Terminal. It takes about 20 minutes by taxi.

By bus, you need to walk about 770 meters from the airport to the Airport Station. Take bus 710 to Gangwan Bridge Station, and walk about 340 meters to Dalian Port Cruise Terminal. The whole trip takes about one hour and ten minutes.

Zhoushuizi Railway Station is about 13 kilometers from Dalian Port Cruise Terminal. It only takes 16 minutes by taxi.

By bus, take 405 at Zhoushuizi Station (about 240 meters from Zhoushuizi Railway Station) to Zhoushuiqian Station(周水前站).  Change to bus 710 and take to Gangwan Bridge Station, and proceed as above. The whole trip takes about an hour.

Shahekou Railway Station to Dalianwan Port: takes about 22 minutes and costs about 44 yuan by taxi.

Dalian Zhoushuizi International Airport is about 9 kilometers from Xianglujiao Port: takes about 17 minutes and costs about 20 yuan by taxi.

Zhoushuizi Railway Station to Dalianwan Port: takes about 12 minutes by taxi. The taxi fare is about 16 yuan.

Some Major Attractions in Dalian

Dalian is a young and fashionable city in China. It is very popular among tourists. If you want to visit some attractions in Dalian or visit other cities from the port of Dalian, the best choice is to book a transfer service with us. You will be met by our guide and a professional private driver at the exit of the port with your name on a sign. They will carry your baggage to the car. If you need our help, please feel to contact us and let us help you get where you want to go!

Chinese and Pronunciations You May Need