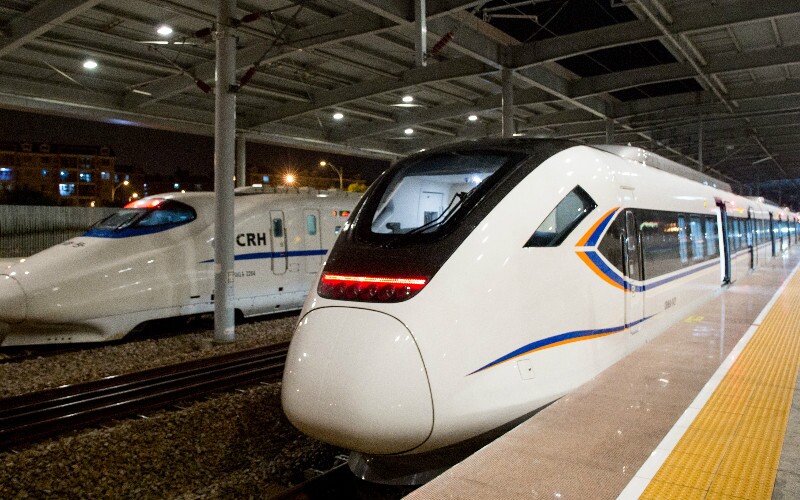 Datong is a medium-sized city for China with a population of 3 million, and is therefore reasonably well connected, especially from Beijing. Below we cover transport to and within this central northern China city.

See our Datong Attraction pages for specific transportation to the sights, like the Hanging Monastery and Yungang Grottoes.

How to Get to Datong from Beijing

Datong is about 350 km (210 mi) west of Beijing. If you want to travel to Datong on your China tour, it would be best to get to Datong from Beijing.

We offer a flight search service for you to find and book flights.

We offer a very popular train search service for you to select and order your train tickets.

To Datong by Air

Datong Yungang Airport is about 15 kilometers(9 miles) from downtown Datong. Flights to China's major cities, including Beijing, Shanghai, Guangzhou, and Chengdu are available.

There are free airport shuttle buses from downtown Datong to Datong Airport.

To Datong by Railway

Domestic railways go to Beijing, Zhangjiakou, Hangzhou, Hohhot, Baotou, and Taiyuan, and international railways go to Ulan Bator and Moscow, which makes its railway transportation quite convenient for north China.

Purchase train tickets at the railway station itself, railway ticket offices in the city's suburbs, or with our popular online ticket service or app that includes ticket delivery - avoid those lines!

The highway network surrounding Datong is well-developed, with more than ten main highways stretching to almost all parts of China.

There are four long-distance bus stations in the city:

Datong’s city transport network is well developed, but strained with the growth in car ownership. There is no metro yet. Taxis or private transport are recommended,as bus use is difficult for non-Chinese-users.

Datong’s bus network covers the whole city. The fare (of a few yuan) varies according to the distance.

There are more than 5,000 taxis in Datong City. The basic charge for a taxi is 7 yuan within 3 kilometers(1.8 miles), and 1.3 yuan is charged for each additional kilometer in the day,and 2.6 yuan at night.

Contact us for all your needs getting to and around Datong. We specialize in tailoring a China trip to your requirements.