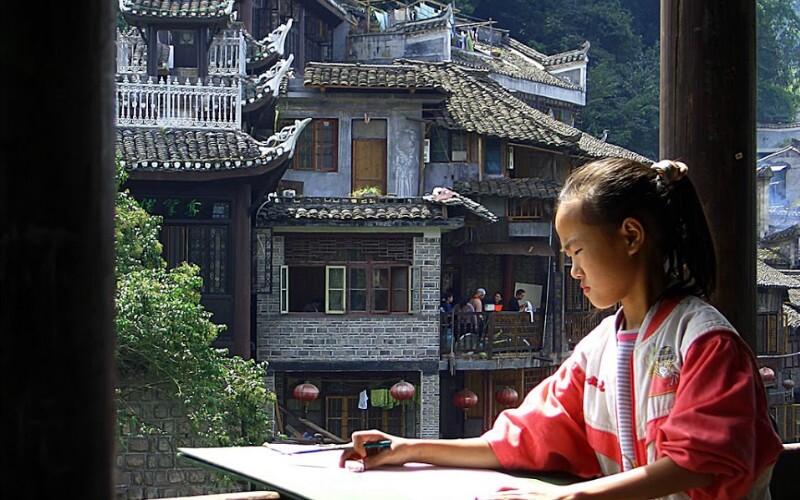 Huang Si Qiao Castle, about 24 kilometers west of Fenghuang, is the best preserved stone castle of China. Its ancient name was Feiyang Castle, built during the year 687 of Tang Dynasty for military use. It was the outpost of governments of past dynasties to prevent Miao ethnic people from rebelling. Miao people were forced to retreat in the deep of mountain area and their population was sharply decreased.

The castle was built by bluestones, among which, the biggest is over 1000 kilograms, and the smallest is over 500 kilograms. These bluestones were connected by the mixture of steamed sticky rice and calcareousness, which made the building integrated and firm. The city wall of the castle is 5.6 meters high, 2.9 meters thick and 2.4 meters wide taking an area of 2900 square meters.

The city wall has three city gates, namely Heyu Gate, Shicheng Gate and Riguang Gate, each with a ten-meter-high city tower in distinct Qing-dynasty style. Besides, there are 300 arrow battlements and two stretch-out emplacements.