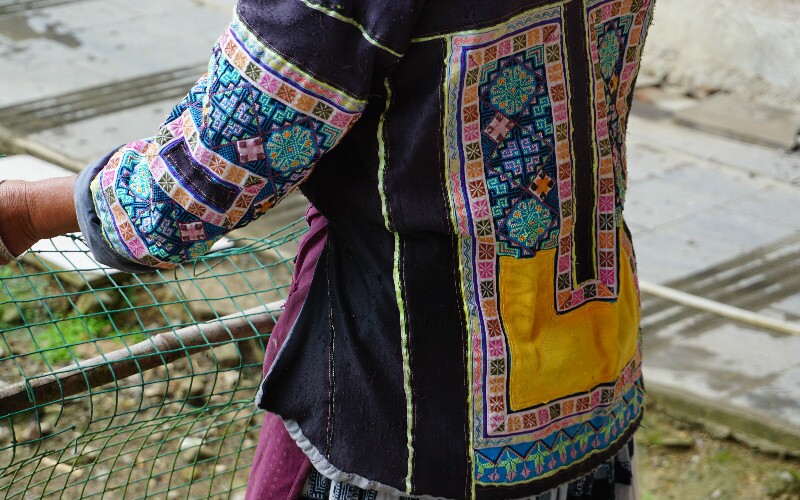 The Dragon Canoe Festival of the Miao Ethnic People

The Dragon Canoe Festival is one of the four most important festivals celebrated by the Miao ethnic minority who live on the banks of the Qingshui River, in southwest China's Guizhou Province.

The other three important festivals celebrated by the Miao people are the Miao New Year, the Lusheng Festival and the Sister's Meal Festival. The Miao seemingly celebrate an endless number of festivals during the course of a year.

The day before the Dragon Canoe Festival the dragon head will be assembled, then carried down to the river with pomp and ceremony in a procession that is led by the village's most elderly and respected member. The dragon head is exquisitely carved and decorated with red stripes and has two long horns, one at either side. The dragon's head will then be fixed to a canoe body.

On the day of the festival, the villagers all dress up in their holiday best and assemble on the banks of the Qingshui River. The crew of each race team wears purple jackets, blue trousers, and golden bamboo hats, with silver belts around their waists.

The canoe race is naturally the climax of the event and is a spectacle to behold. The rhythmical paddle strokes of each crew strike the surface in unison, sending splashes of glittering water in the wake of the paddles. The accompanying sound of beating drums and gongs, with encouraging cheers from onlookers, spur on the canoe crews, whose redoubled efforts, in turn, spread excitement in the hearts of onlookers. Read more on Dragon Boat Racing.

After the close of the canoe race, the dragon head is returned to its place of reverence in the home of the village elder, where it will be carefully disassembled. The dragon head is considered to be a sacred object and is thus honored by the Miao people.

After the dragon head has been safely returned to its place of reverence, a fireworks spectacle celebrates the close of the canoe race, after which the Miao villagers assemble to celebrate the successful completion of yet another Dragon Canoe Festival, by participating in a village feast.

If you are fond of colorful local pageantry, you might want to consider taking a tour to join in these festival celebrations. Our Guizhou tours give travelers opportunities to celebrate local festivals with local ethnic people.