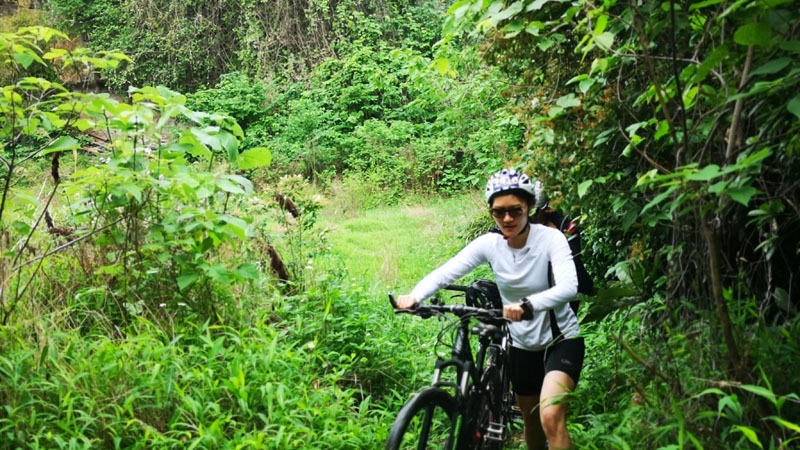 People from Longji Ancient Zhuang Village in Longsheng County hold Longji Terraced Fields Plowing Festival to coincide with the busy Labor Day holiday on May 2. The villagers begin to plough their fields on the mountainsides in this period, providing many a photo opportunity. Read more

Ziyuan Traditional Ethnic River Lantern Song Festival has continued since the Qing Dynasty (1644–1912). Recently, it has become a festival full of traditional characteristics and modern activities. It is a great opportunity to experience the distinctive Miao and Yao ethnic cultures. Read more

As a multi-ethnic region, there are various ethnic festivals in Guangxi. Dong Ethnicity Fireworks Festival is one of them. It is the most important and largest festival of the Dong people, and is also called "The Chinese Carnival of the Dong". Read more

To express thankfulness to the Yao people's god, Jin Feng Festival is held every year in Miaoping village, near Longsheng. You can see local people in their traditional costumes, eat tasty local food, and best experience Miaoping's Yao ethnic culture during the festival. Read more

Zhuang Ethnicity Song Festival is celebrated by the Zhuang minority. They gather in Guilin to sing songs together. Various traditional events like the Zhuang people's costume, singing, and dancing competitions, and delicious food attract millions of tourists. Read more

From the Yuan Dynasty (1279–1368), Yao people in Longsheng, Guilin, have celebrated their Red Clothes Festival annually. During the festival, Yao girls wear their traditional hand-made red clothes. That's why the Longsheng Yao people are called the Red Yao. Read more

Guangxi, the Zhuang autonomous region, has various Zhuang ethnic festivals. Zhuang Cattle Festival is most interesting one. In order to celebrate the birthday of the God of Cattle, some Zhuang people give a holiday to all of their cattle. Read more

Beginners taster climbing at Gold Cat Cave The Yangshuo Climbing Festival is held annually on a weekend in August/September/October/November (Nov. 9-11, 2018). Hundreds of people from all over ... Read more