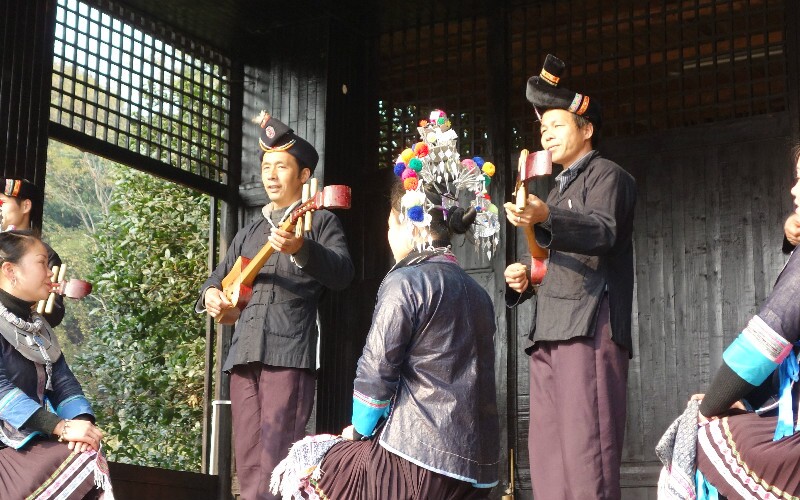 Folk singers from outside Guangxi as well as from other countries are invited to the Folk Song Arts Festival. All of them have inherited tradition to share. Singers show their own folk songs as well as get inspiration from others. They perform on the same stage, exchange views and skills, and share their merry songs that flow with ethnic, modern, and global cultures.

Since 2004, NIFSAF has been held in the same period as the China-ASEAN Exposition. NIFSAF plays an important role in communication between Guangxi and other provinces, China and other countries.

Guangxi is honored as "the Ocean of Songs" and it is the homeland of Liu Sanjie (the Zhuang Goddess of Songs). Guangxi people have the custom of singing, and share this. In 1993 Guangxi International Folk Song Festival was founded. In 1999, approved by the Culture Ministry of China and Guangxi People's Government, it was renamed as Nanning International Folk Song Festival (NIFSAF). Since then, in every golden autumn, friends and guests from all over the world fly on the wings of songs across oceans and continents to the beautiful green city of Nanning to participate in this grand, annual, global folk song gathering.

The opening ceremony attracts many visitors to enjoy the folk songs and dance from different nationalities.

New folk songs and traditional folk songs will meet together. Beautiful voices and great folk dances will give visitors a glimpse of Guangxi folk culture. It is hoped that all visitors will enjoy the concert, listening to folk songs, and be inspired to sing folk songs, and love folk songs.

NIFSAF is an international platform for different nationalities to sing their folk songs. Communication between Chinese and foreign folk songs is an important part of this festival. Not only Guangxi folk song singers, but also folk song singers from all over the world will perform on this stage.

During NIFSAF there will be a food festival and an exhibition of products from Southeast Asia. Visitors can taste famous Chinese snacks and Southeast Asian snacks. The exhibition will show food, furniture, cosmetics, jewelry, fruits, and many other products from different places. After watched the opening ceremony, visitors can go shopping to buy some goods at reasonable prices.

If you are interested in the International Folk Song Festival, contact us to design a tour according to your requirements?

Alternatively, you can take a taxi there yourself. We kindly provide the following information: