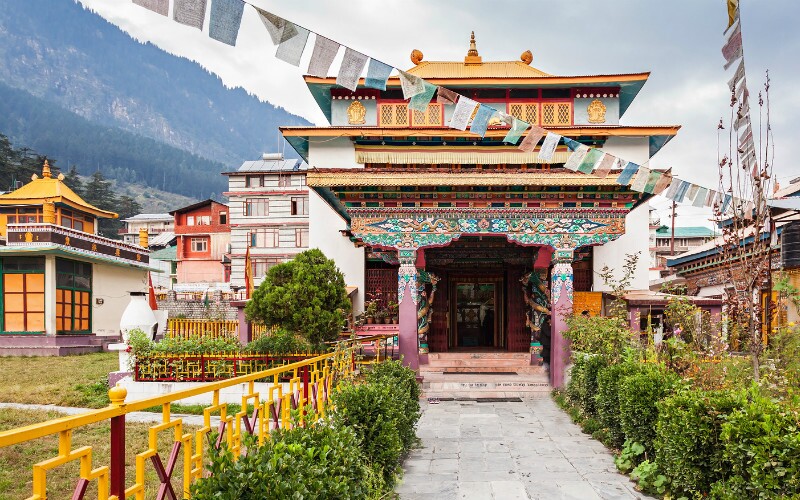 The Lhabab Duchen or Duchen Festival is a Tibetan Buddhist festival that commemorates Buddha returning to earth after going to the 33 Heaven at the age of 41. The festival is in the ninth month of the Tibetan calendar on the 22nd day.

On that day you can watch Tibetans go to the temples to burn incense and pray and do good deeds much like the Saga Dawa Day.

Both the Saga Dawa Festival in May or June and the Duchen Festival are thought of by many as 10-million multiplier days. This means that any good deeds or bad deeds were done on this "great occasion" are multiplied 10 million times!

It is therefore considered important to engage in positive activities on that day because it is believed that what people do comes back to them. It is also considered a special Tibetan day for mothers.

China Highlights can help you customize a tour to see the best of Tibet.

There is a story that Shakyamuni Buddha who lived in India about 2,500 years ago realized that his mother who had died was stuck in a place called 33 Heaven. It is called a place where people desire god.

So he wanted to help her, so he went there and taught the deities and people there the truth and also taught his mother for three months. He was then exhorted to return by Maugalyayana, his close Arhat student, and after a long debate managed to return.

It is said that the gods created a stairway made of beryl, gold, and silver on which the Buddha descended. He arrived in the town of Kashi (modern-day Varanasi). This is considered to be one of the eight great deeds of the Buddha, and the festival is now celebrated.