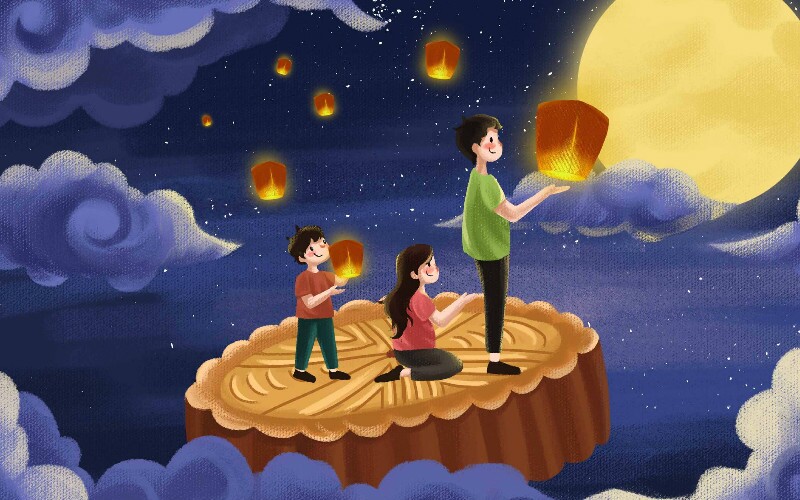 Does the Moon Look Biggest at Mid-Autumn Festival? The full moon is eagerly appreciated by many in China.

Chinese people have a fondness for circular objects as they think a circle resembles perfection. So the full harvest moon of the Mid-Autumn Festival adds much luster to the holiday, and people are happier for it, even though it's seldom "the brightest moon of the year", as popularly believed.

A supermoon is a full/new moon that is less than 352,000 kilometers (about 27 Earth widths) from the Earth. A full supermoon looks about 7% bigger and about 16% brighter than an average full moon. (Due to its oval orbit the moon cycles from about 27 to 31 Earth widths from Earth).

The Harvest Moon Does Not Always Appear at Mid-Autumn Festival

The Chinese lunar calendar does not coincide perfectly with the cycles of the moon. The 15th day of the 8th lunar month is always within two days of the harvest moon night though.

Dates of the Full Moon

There are still better times to enjoy the brightest full moons in 2017. 2017 has four supermoons, but three were earlier in the year. The next one will be on December 3, 2017.