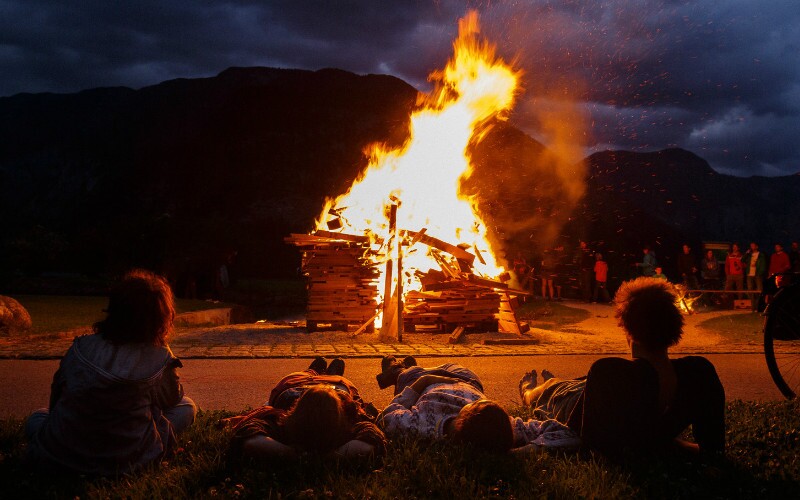 The minority peoples of Sichuan and Yunnan provinces bring new meaning to the old song lyrics, "there'll be a hot time in the old town tonight," as they celebrate the annual Naxi Torch Festival.

For three days, torches burn outside homes and light up the hills as bearers walk in the surrounding area. The torch festival is celebrated not just by the Naxi ethnic people but also by the Yi, Bai, Jino and Lahu nationalities.

Festival dates: Each village may celebrate on a different day, but most celebrate it on the 24th day of the sixth lunar month. In 2020, the torch festival will be celebrated from Aug. 13 to 15 on the Gregorian calendar.

The festival is an ancient folk custom that has been passed down for generations. Villages may have different legends as to how the festival originated, but most center around driving out evil and giving thanks for the past year and for the coming year.

Besides the fiery torches, activities include bull, cock, and sheep fights; lots of traditional singing and dancing; horseracing, and eating and drinking. Activities vary from village to village, and some may not light bonfires until the final day.

Where to Enjoy the Festival

Shuhe is one Naxi village that celebrates the torch festival. It is located four kilometers from Lijiang, and is easily reachable by taxi.

A visit to Shuhe to take in the Torch Festival is best combined with a timely Lijiang tour.