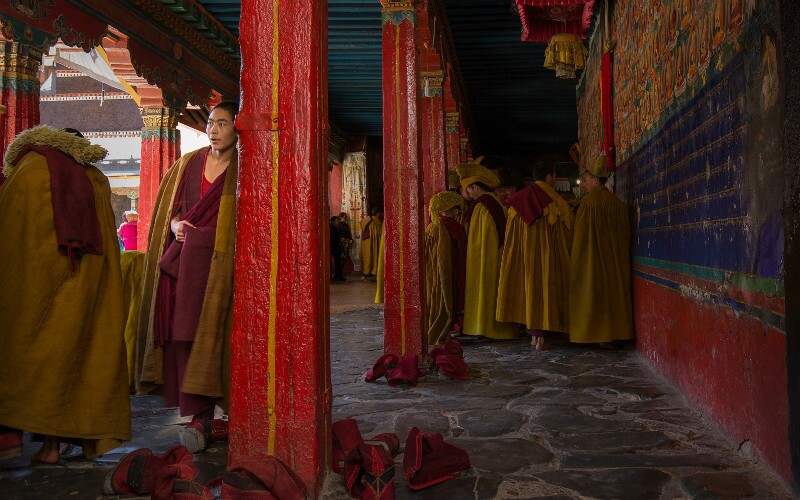 Who is Palden Lhamo

The Palden Lhamo festival happens on the 15th day of the 10th lunar month in the Tibetan calendar. This festival is to honor a wrathful deity called Palden Lhamo.

Palden Lhamo is thought of as a female deity who has three eyes and rides a white horse with an eye on the rear of it. On the festival day in Barkhor Street in Lhasa, people parade a float of her and also carry figures of the goddess.

She is thought of as Tibet's protector deity, a defender of Tibetan Buddhism in Tibet and Mongolia, and the special protector of the Panchen Lama and the Dalai Lama who are the religion's traditional main leaders.

A good place in Tibet to go and see the worship of the goddess is in Barkhor Street in Lhasa where are are also a lot of historic and traditional buildings.

Barkhor Street may be the best place to watch the festivities because there are traditional buildings there. The most important of the buildings is the Jokhang Temple that was first established in 642 AD and is considered the most important temple by most Tibetans.

On most days, hundreds of people worship around it. But special worshipping of the goddess happens on festival day. Barkhor Street is also known as a good place to buy Tibetan products.

Of course, travel there is relatively easy, so it may be the best place to see the Tibetans worship.

China Highlights can help you design a trip to experience this festival.

It is said that during the reign of Songtsen Gampo (about 617 – 649), Palden Lhamo outdid all the other protector-deities in her promise to protect the king's shrine.

She presented an iron cup and pledged, "Erect an image of me, and I shall protect this royal shrine from any future damage by humans and mamodemons!"