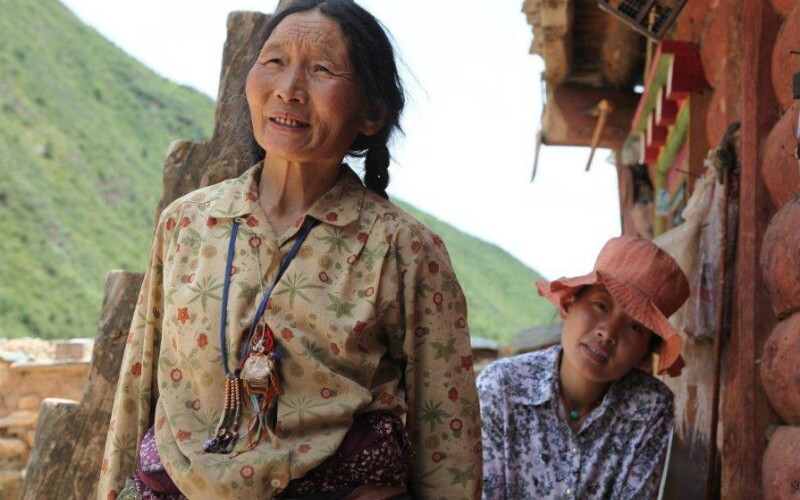 The Qinghai Yushu Horse Racing Festival is a traditional festival that was held during the week of July 25 – August 1 every year in the Yushu Tibetan Autonomous Prefecture in Qinghai Province. This festival takes advantage of the warm weather, so the valley floor has lush green grasses suitable for long-distance horse races and tent camping. But there was the Qinghai Earthquake in April of 2009 that was actually centered in Yushu County. The ground of the valley floor that was used for the festival was turned into a camp for the homeless since most of the Tibetan dwellings in the area were destroyed. The Yushu Festival was cancelled, and it isn't clear if it will be held in 2011. The Tibetan horse races and athletic competitions are becoming popular as a tourist attraction, so if the festival is held, there will probably be more commercialization and less authentic tradition. It has been a fun festival to watch, and tent camping is possible, but the more traditional races are slightly dangerous.

Qinghai Province is a little known but very large province in western China. The province is in the high-elevation mountains of the Tibetan Plateau. The average elevation is a very high 3,000 meters or 10,000 feet. Since the province is relatively undeveloped and the population is very low -- there are only about 6 or 7 million people in the large province -- it is a great place to find great scenery and exotic traditions. A tradition in the area of Yushu Country has been an athletic competition in a valley at about a 3,400 or 11,000 foot elevation. This is a very high elevation, and travelers who exert themselves for a few hours or try to stay for the night may get tired or have difficulty breathing.

During this time in the summer, there are a lot of flowers blooming, and the valley might be a great place to go for a walk. There is a stream in it. Some of the women who dress in traditional clothing surprisingly look much like Native Americans. Some of the women’s costumes and jewelry and facial features are reminiscent of those of Navaho, Apache, and Sioux Indians. The tents they put up are reminiscent of a Native American powwow. No kidding. However, most of the traditionally dressed women’s costumes are exotic and clearly Asian and in a lot of different styles. Along with them are Tibetan monks dressed in their red robes.

While there,  There is a lot of well choreographed dancing to watch. There are Buddhist ceremonies. Tibetan food can be bought cheaply. You can buy Tibetan herbs and handicrafts and watch the Tibetans do various sports and games.

China Highlights are your China travel expert. see Why travel with us? We can help you design a tour to watch the Horse Racing Festival

These are real Tibetans, and they traditionally carry long knives, and these festivals are known for bloody fights. So stay away from rowdy drunk Tibetan men. Also, during the races and various competitions, there are a lot of injuries. Scared horses may charge into the crowds watching the event or run into the camp, and large dogs that people let run around may also bite. It is suggested that if you tent camp over night, bring everything you need including water and food. Though food can be bought cheaply, it is good to keep prepared. Also put a staff and some rocks in your tent to use on aggressive dogs.

There is an international airport in Xining. And then you can take a bus to the festival.

Chinese Festivals and Events Zongzi - How to Make Zongzi