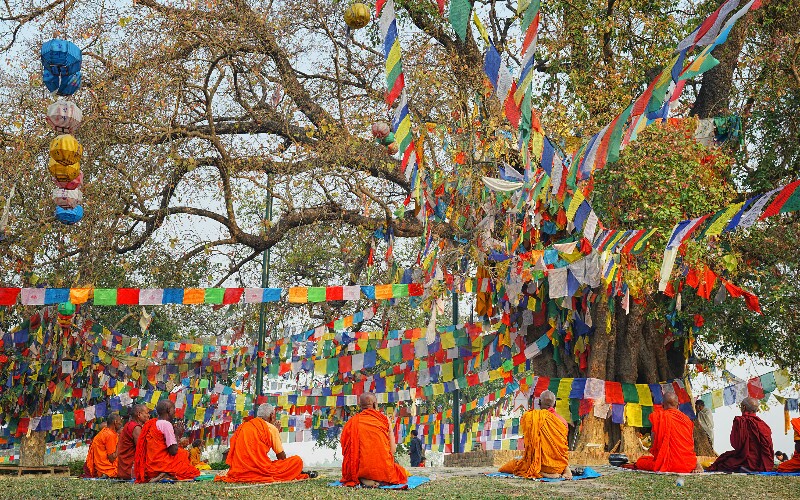 Also called The Homage to Buddhas First Sermon Festival, it is to commemorate Shakyamuni Buddha’s first teaching and the first turning of the Wheel of Dharma and the teaching of the Four Noble Truths.

The first sermon is called the Dhammacakkappavattana Sutta that means the “sermon of the Buddha setting the wheel of dhamma [dharma] in motion." This was a very important event according to Buddhism. On this day, Tibetan Buddhists go to holy places and temples, burn incense, and hang prayer flags.

Shakyamuni Buddha was born about 500 BC, but people are not sure exactly when. He is also called Guatama, and he was said to be the prince of a little kingdom that was in modern Nepal.

He wanted to solve suffering and death. When he was 29 years old, he became a disciple of famous teachers in India, learned Hinduism, and wasn’t satisfied. He fasted a lot, and he vowed to sit under a tree until he knew the truth. It is said that he became Enlightened when he was 35.

His first sermon after his Enlightenment centered on the Four Noble Truths which are the foundation of Buddhism. The truths are:

More information about Chinese Festival is also available in our website.