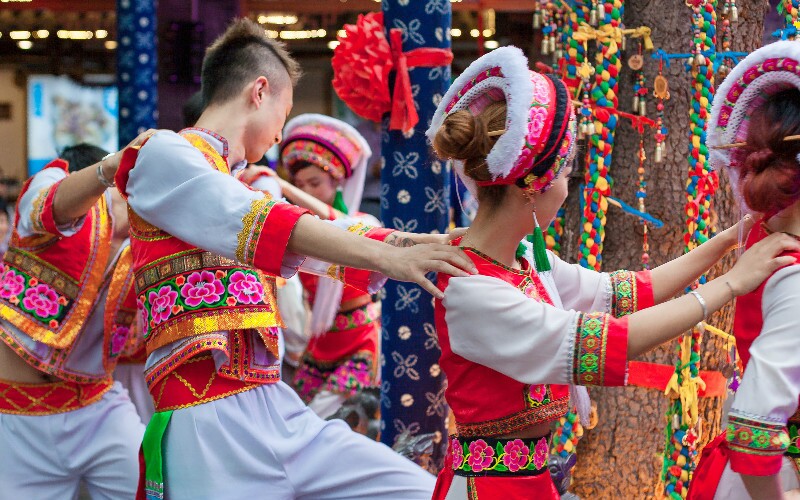 Worship Gathering In The Three Temples

This activity is called Guanshanglan in the Bai language. It is a carnival for the Bai people in Dali to entertain themselves during the slack season for farming. It is also an occasion to welcome the coming of immortals from heaven. This event dates back to ancient times and was originally a religious ceremony. The three temples involved are the Chongsheng Temple, the Shengyuan Temple, and the Jinkui Temple..

Chongsheng Temple was initially built in the first year (836) of Kaiyuan Period during the Tang dynasty, and it reached its peak time after enlargement and renovation during the Northern Song dynasty, when it was actually the biggest Buddhist Temple and the center for Buddhist culture communication, earning Dali the title of “Buddhist Capital”.

On the first day, people from the villages gather at Dali Town and march off to Shengyuan Temple to pray for favorable weather and a bumper harvest. On the second day, they walk together to Jinkui Temple to offer sacrifices to a famous historic king, Duan Zongpang. On the last day, they go to Chongsheng Temple to pray for happiness and peace. The procession ends at a village named Mayi.