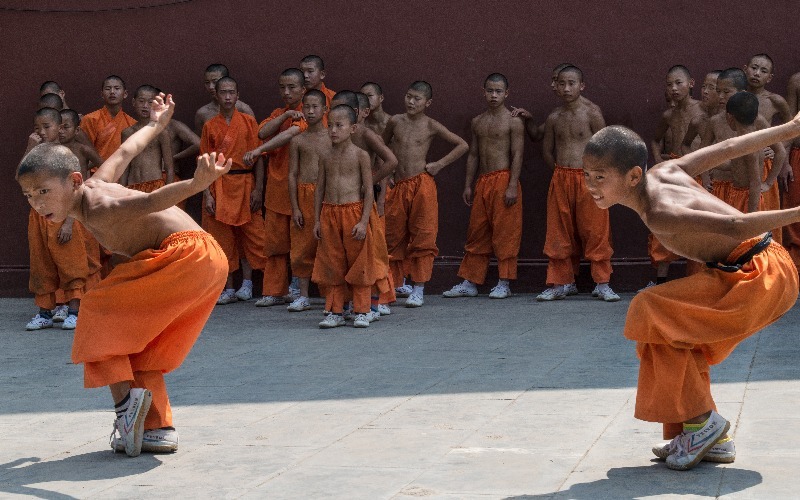 Henan Porvince is home to two most famous Chinese Kung Fu sects shaolin and Taiji , which have important status and influence on the Kung Fu movement. Zhengzhou is the capital city of henna Provice and the birthplace of shaolin Kung Fu.

In order to fulfill the purpose of furthering  the influence  of  Shaolin  Kung Fu  and  taiji  boxing and  enhance  the exchanges  among  the Kung Fu amateurs.  Zhengzhou provincial government began to organize the International Kung Fu Festival and Taiji Boxing  Festival since 1991.  The festival has been successfully sponsored in Oct every year since then and  the  Festivals have become more and  more  famous around  the world.  The arrangements for the festival include competition and exhibition events.

It has become a bridge or tie that links the friends in martial arts and the people throughout the world. The festival has attracted great attention and gained wide support from the Kung Fu circles of different countries and regions and made great contributions to the exchange and prosperity of the international martial arts.

Chinese Festivals and Events Red Envelopes/Packets (Hongbao) - Amount, Symbols and How to Give