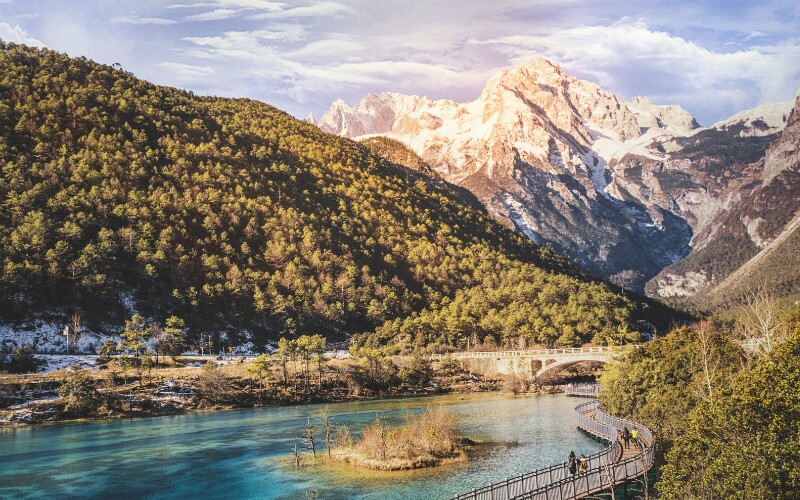 Also known as Worshiping Mountain Festival, Zhuanshan Festival is held by Mosuo people living near the Hulu Lake of Lijiang on the 25th day of the 7th month of the lunar calendar each year, during which Mosuo people will dress in their holiday clothes and hold various activities such as offering sacrifice to gods, singing and dancing, because it’s believed by the locals that their ancestors were born on the day.

The Mosuo people living by Luhu Lake consider Gemu Mountain as a holy site, around which they walk on the 25th day of July according to lunar calendar each year, praying for a bumper grain harvest and prosperity of their descendants in the coming years.

The Mosuo people living in Jinsha River cannot worship Gemu Mountain during the festival owing to the long distance, so they just worship the mountains nearest to their houses. Zhuanshan Festival is also considered as Valentines’ Day by the locals, and it is a good opportunity for a young boy to date a wonderful girl.