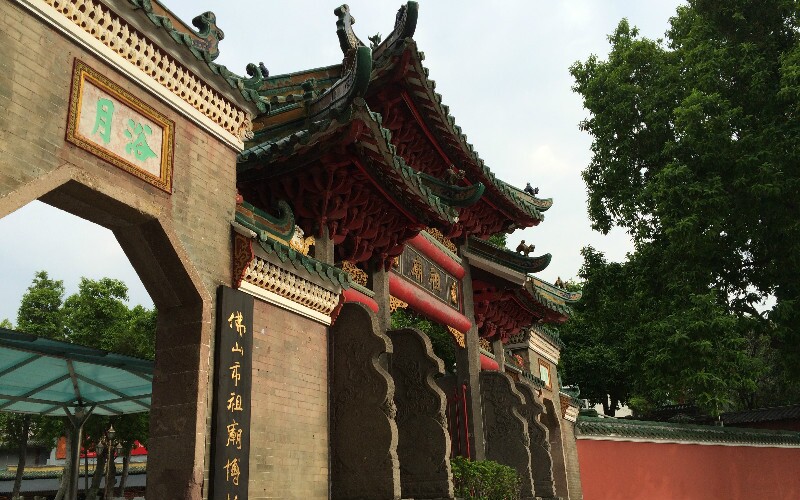 Shiwan in Guangdong Province was an ancient pottery and ceramic production center in past empires, and it is still known for its ceramics craftsmen. Archaeological investigations show that the area was a pottery making center even back to the times of the “stone age” in China about 3,000 BC. A kiln there is said to have been continually fired for hundreds of years.

Shiwan (Chinese: 石湾; shíwān) is a town located in the southwest side of the city of Foshan. About 50,000 people live there now. Foshan is a large industrial city near Guangzhou, but it is a lot poorer than Guangzhou. It is the center for ceramics production in Guangdong Province. The Nanfeng (South Wind) Kiln there was built during the Ming Dynasty era (1368-1644). It is said to have been in continual operation for 500 years, and it is still in use for making ceramics nowadays. The Chinese government considers it to be an important site to preserve.

The main attraction of the town of Shiwan along with ceramic shops is the working Nanfeng Kiln. It is called the Nanfeng (South Wind) Kiln because the opening faces south letting in the southern wind. The kiln has a total length of 34.4 meters or 111 feet.  It has been modernized and refurbished and has a modern chimeny. Many people go there to see the ceramic craftsmen make ceramic artwork.

China Highlights can help you customize a tour to visit Shiwan and other highlights in Guangdong.

Foshan is only about 30 kilometers or 20 miles south, but taking a bus there can be frustrating. It may be difficult to find the right bus at the bus station, and the trip may be an hour.