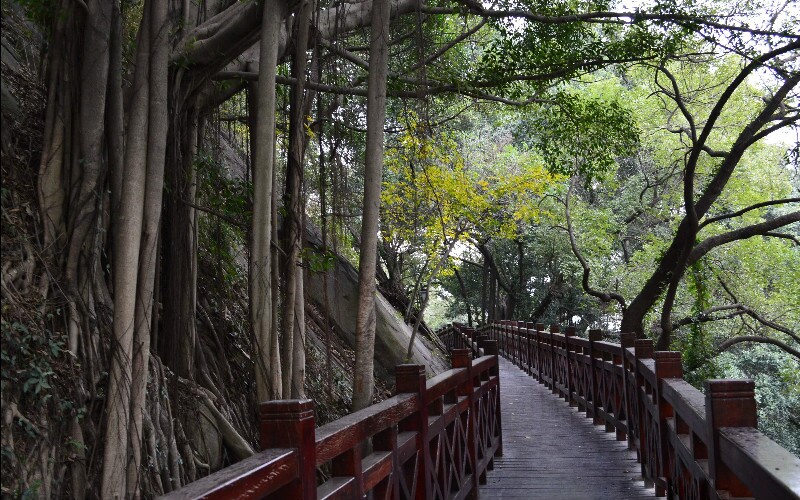 Qingyun mountain has been the birthplace of many talent people since ancient times. In Southern Song (1127-1279A.D.), a local resident Mr. Liang used to study in the stone corridor of the mountain, and finally won the first prize in the imperial examination at the age of 21. The local people were proud of him, so they honored him by naming the mountain Qingyun, in Chinese, "Qingyun" means successful in the career.

The scenic spot is more than 50 square kilometers, including nine brooks and nine mountains (all above 1000 meters high). The scenic spot can be divided into five parts: the main part--Qinglong waterfall; The main peak of Qingyun Mountain--Winner Peak; The highest stone corridor in Fujian Province--Yuntian stone corridor; The largest canyon in the southeast China--Baima canyon; Asian largest ladder fall--Jiutian waterfall; The first Original Botanical Garden--cyathea spinulosa park (not open to the public yet)

Yuntian canyon scenic spot includes the main peak of Qingyun Mountain (Winner Peak) and the highest stone corridor in Fujian Province. The stone corridor, also named Heaven-Leading corridor, lies near the peak of Qingyun mountain. It is a long corridor of four layers of rock thanks to rock weathering. It is over 300 meters long, very magnificent. You can either appreciate it far away, or walk into it to see the sights. In Yuntian canyon, you can also see the Three Ponds, Big Bell, Heaven Gate cave, Lingzhi rock, Winner's Boot rock, Rooster-like rock, music square and Fairy Palace. The main peak of Qingyun mountain is very magnificent, on the top, you can see the sea of clouds under your feet as if you were in the fairy land.

Baiman canyon scenic spot--the largest canyon in the southeast of China covers 16 square kilometers in total. There are many great waterfalls, like Longguitan waterfall, Prince waterfall, Xiayang waterfall, etc. The Baima waterfall is more than 130 meters high, 10 times larger than Qinglong waterfall. Covering 2000 square meters, the Baima pond is quite smooth and clear. The eight valleys in the scenic spot are of unique beauty, they are Wulong valley, Nameless valley, Double Brook Valley, Prince Valley, Echo Valley, Baima Valley, Heaven Gate valley and Pinggu Valley. There is also a rock forest, where you can see many naturally formed stone sculptures. The stone sculptures are named according to what they look like, there are knife rock, carp rock, prince rock, pig rock, horse rock, conch rock, five horses rock, turtle rock, dragon-turtle hill, peach rock, etc. Another feature of the scenic spot is that you can see groups of monkeys running here and there and many cyathea spinulosas standing side by side.

Jiutian waterfall scenic spot--the Asian largest ladder fall is 588 meters high. It is very magnificent and unique. Here you can see many rocks that are formed naturally in different shapes, one looks like a young woman missing her husband, one likes a monkey holding his peach, some like a fairy, a Buddha, a sheep, the Great Wall, three gates, the emperor's seal, bed and hat, and others are in the shape of a lion, a squirrel, an ape or a rabbit. And you will also find it breathtaking to see the beautiful rainbow waterfall, the cave with water curtain and the pond inside the cave.

The first Original Botanical Garden--cyathea spinulosa park is also called vine valley. At the mouth of the valley stands a cliff, together with many ancient pine trees. A brook runs through the valley, and formed a pond by beating on the rock. What's more, the lion peak, the tiger king mountain, the elephant mountain, the Diwang cave, the lover's cave, the feilong tree, the pine trees, the fairy channel, the Buddha waterfall, the Tiantai waterfall, and the Tiantan waterfall, all would be enjoyable and attractive to you. 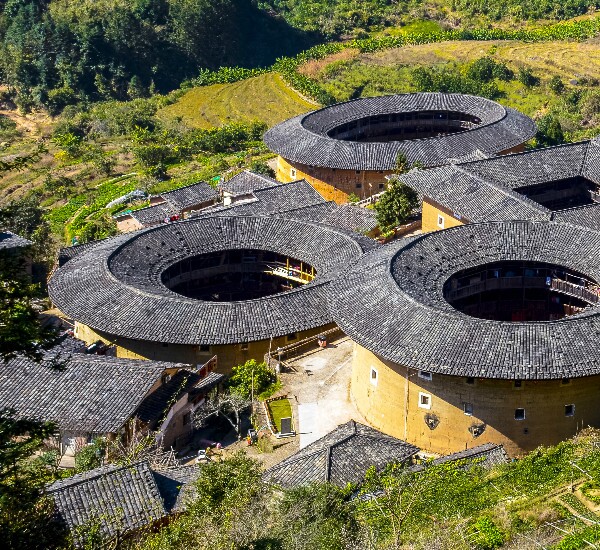