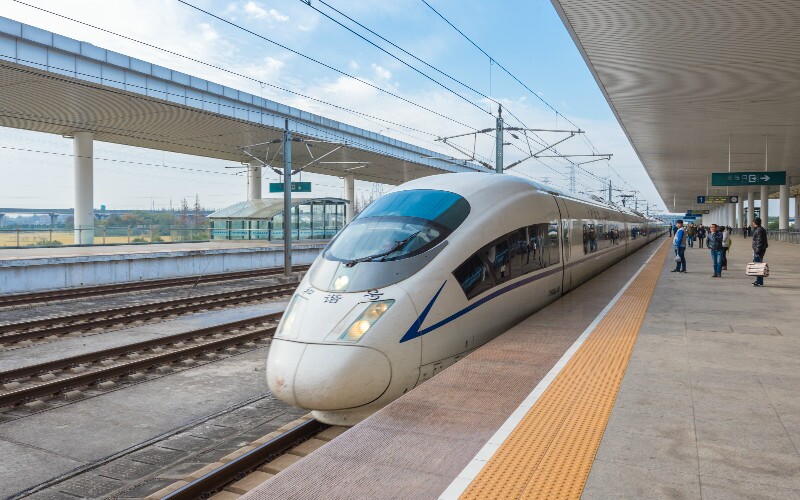 Guangxi has three small ports, some major railway lines, including the Nanning-Kunming Line , an international airport and a few smaller domestic airports, and some quality highways linking major cities.

There are five civil airports in the five cities of Guangxi, namely Nanning, Guilin, Beihai, Liuzhou and Wuzhou. Guilin, a world famous tourist city, has the largest airport in Guangxi, from which there are flights connecting most Chinese mainland cities, as well as Hong Kong, Taiwan, Macau, and foreign countries like Japan, Korea and Australia. Nanning, the capital city of Guangxi, has direct flights to Beijing in three hours, Guangzhou in one hour, Chengdu in one and a half hours and Dalian in five hours. Beihai has a dozen flights available every day.

Highways have been built all over Guangxi, and the city-to-city highways enable a cheap and convenient trip between different cities in Guangxi. It takes less time than before to travel from city to city. Now the journey from Nanning to Beihai is two hours, Nanning to Liuzhou is 2.5 hours and Nanning to Guilin is four hours. At the same time, there are also highways connecting neighboring cities and provinces, even foreign cities in Southeast Asia.

In South Guangxi, there are three harbors in Beihai, Qinzhou and Fangcheng, which have an annual throughput capacity of more than 20 million tons. Passenger liners are able to take tourists to almost all the coastal cities in China, including Sanya City and Haikou City on Hainan Island.

In North Guangxi, the Li River plays an important part in providing fantastic cruises for tourists. Boats can be taken from both Guilin and Yangshuo. The section of the Li River from Guilin to Yangshuo is considered to have the best scenery along the Li River.