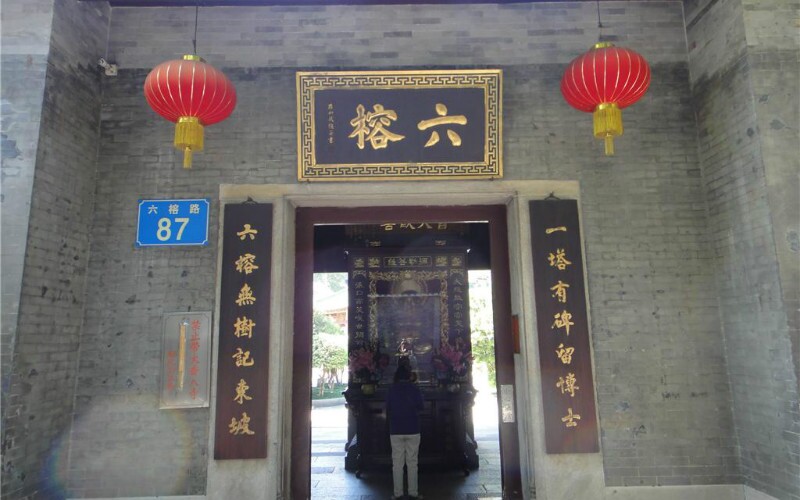 This old Buddhist temple complex is active and is said to have a history of 1,500 years. There is a tall pagoda that was rebuilt about the year 1900, and there is a main hall that often has Buddhist worshippers worshipping and burning incense. 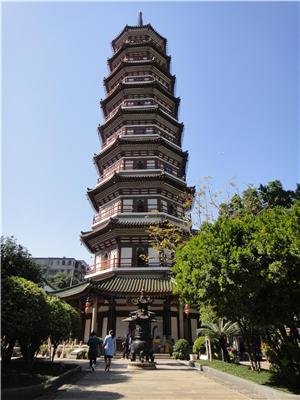 Now it is an active Buddhist temple where people burn incense at the dates of the Chinese New Year and Lantern Festival. People stand in line to be the first to burn incense because they think this will bring them good luck. There are foreign consulates in the area, and foreign people who come to adopt infants sometimes stop in to get a blessing in front of the Kuan Yin.

There are several buildings. Once through the main gate, the first hall one comes to is the Tianwang Hall that has a smiling Laughing Buddha. The Pagoda itself may be the main architectural attraction. It is nine floors high and is red and white. The roofs are painted red. The main hall called Daxiong Baodian Hall has three copper Buddha, which are Amitabha Buddha, Sakyamuni Buddha and another Buddha.

China Highlights can help you customize a tour to visit this temple, or just see our Guangzhou Tours.