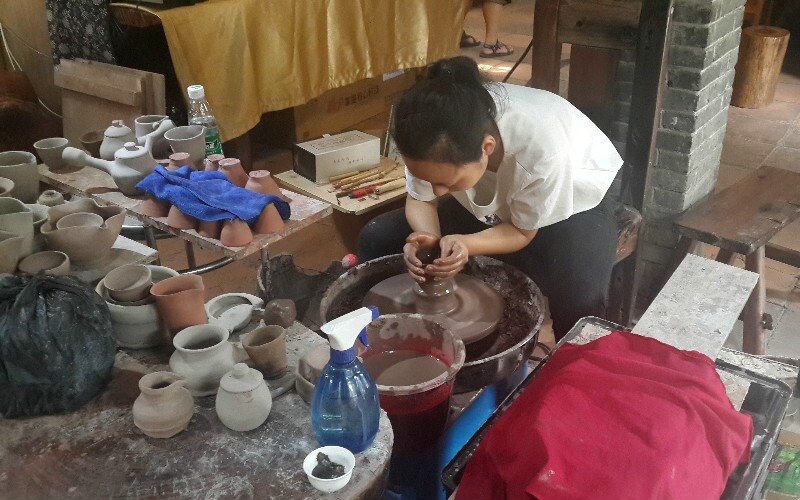 Top Free Things to Do in Guangzhou

Guangzhou, also named Ram City, Fringe City or Flower City, is the biggest city as well as the economic and political center in South China, with a history of over 2,000 years. It is the city which holds the Canton Fair (China Import and Export Fair) twice a year and held the 16th Asian Games in 2010.

There are lots of interesting places to explore in Guangzhou. Below are some recommended free sites.

Yuexiu Park is a big park in the city center. It is the park where you see the Five Ram Statue - the city's symbol of Guangzhou. All year round you can enjoy the Lingnan-style pavilions, platforms, towers, trees and flowers, and listen to the songs of birds. There are also playgrounds for children.

Besides the well noted Five Ram Statue, there are other scenic sites from different historical periods such as the Zhenhai Tower, the Ancient City Wall of the Ming Dynasty, Sifang Emplacement and the Zhongshan Monument.

In the early morning, you can take a walk there to see the local folks carrying out their morning exercise, practicing t'ai chi, singing, dancing, exercising or simply relaxing.

Transportation: There are five gates to Yuexiu Park, namely the Facet, East, West, North and South Gates. There are many buses at each gate, with Metro Line 2 arriving at Facet Gate.

Best time to visit: Spring - when the weather is moderate and Guangzhou Garden Expo is held there.

Shamian Island is a lovely European style island in Liwan District. It is surrounded by water and green trees line the neighborhood. The buildings are mostly of a European style. The churches, HSBC(bank), former residences of foreign merchants, former consulates of many countries such as the UK, France and Germany, all make you feel like you are walking in a small European town.

You can just walk around or stop for a meal or cup of tea, or enjoy watching a romantic wedding shoot by lovers or couples.

Transportation: You can go to Guangzhou Railway Station and take Bus 823; get off at the Guangzhou Traditional Chinese Medical Hospital 市中医院站, then walk 110 meters to Shamian Island; or take Bus 31, get off at Cultural Park 文化公园 and walk 650 meters.

Transportation: Take Bus 40 or 407 at Huacheng Avenue 花城大道, get off at the West Gate of Guangzhou Grand Theater 广州大剧院西门, and walk 770 meters.

It is one of the busiest commercial streets in Guangzhou. It is about 1,240 meters long, with more than 300 stores and shops. You can find almost everything there, with good deals.

While you are shopping, you can also visit the Hualin Temple, Fine-eye Well, Wen Tower and taste the local Cantonese snacks, such as Stewed Milk Bean Curd and Wife Cake. You can also go to Shamian Island which is nearby.

Guangdong Provincial Museum is located in Tainhe District, Guangzhou. It is a comprehensive museum.

There are three parts and five exhibition halls which include:

Opening times: 9:00am-5:00pm (tickets are available before 4:00pm). Closed on Mondays (except for legislative holidays or special circumstances).

Note: Though it is free to visit, it requires a ticket. Please bring your valid ID card or passport to obtain the ticket.

It is the relic of the Chinese first Military Officers' Academy which aimed to cultivate military elites. It was built in the Great Revolution Period by Sun Yat-Sen. The former Prime Minister, Zhou Enlai, together with Chiang Kai-shek once studied and worked there. Of the ten great generals from the Chinese People's Liberation Army, five of them are from Whampoa Academy.

There are two main exhibition halls: the Whampoa history hall and the oil painting hall of the Whampoa elites.

Whampoa history hall: there are over 200 photos and 100 historical documents which relive the lives and military glories of those who fought against the Japanese invaders and domestic warlords in the war time.

The oil painting hall of the Whampoa elites: there are 42 oil painting works which re-present the elites of Huangpu Military Academy. They include Sun Yat-sen, Chiang Kai-shek, Zhou Enlai and Liao Zhongkai.

Opening times: 9:00am-5:00pm, closed on Mondays and on New Year's Eve in the Chinese Lunar calendar.

It is a place which records the history of when the Sanyuanli people fought against the British Army in the Opium War in 1941. It was once an old temple built in the Qing Dynasty and later became a memorial hall after the historical event.

There are four cannons, a sand plate, swords and spears which were used in the battle, as well as star-spangled banners, the British Army uniforms captured from the British Army, and documents about the events.

Transportation: Take Metro Line 2 and get off at Sanyuanli Statio