Guangzhou Travel Tips 2020 — How the Tourist Experience Has Improved 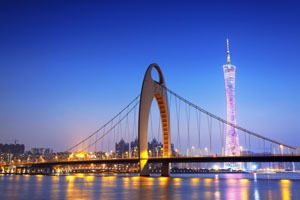 The Pearl River and Canton Tower

Once a dreary big business city, Guangzhou has improved as a tourist destination. Even only 10 years ago, Guangzhou was crowded and uncomfortable, and its transportation system was second rate. The Guangdong 144-hour (6 days) visa-free travel policies that the government implemented for people passing through Guangdong Province makes it easy for tourists and travelers to enjoy the area and shop for a while in Guangzhou.

Guangzhou Baiyun Airport has immigration checkpoints that will issue temporary free 144-hour visas for people for about 50 countries. You can get out see and shop around the whole of Guangdong Province during this time.

Metro and Vehicular Transportation Is Much Faster and More Convenient 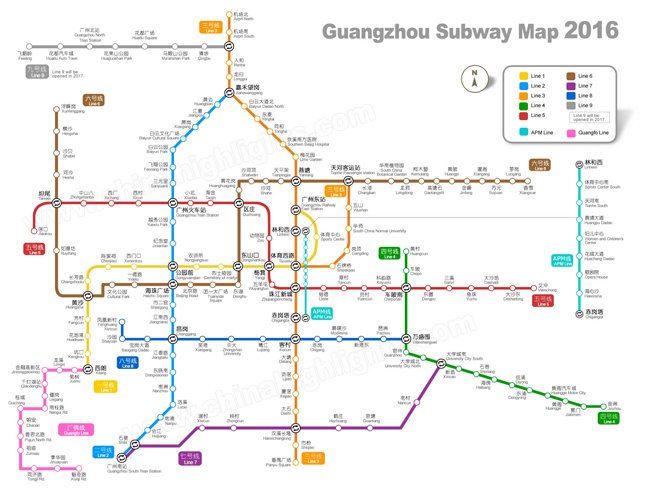 Metro and highways: Subway transportation is much better than 10 years ago. Subway Line 3's Airport South Station that opened in 2010 allows for relatively fast and inexpensive travel as does the the elevated Airport Expressway direct to the airport.

New subway lines now allow access to and around the important trade/industrial city of Foshan where half of the world's air-conditioners and refrigerators are made.

Elevated freeways allow vehicles to bypass the congested stop and go traffic on the city streets.

Buses are more convenient as well. There is generally less congestion. Buses are new, half empty often, well air-conditioned, and in good shape compared to the many crowded, rickety, or not well equipped buses of ten years ago. Rides are still generally between 1 and 3 RMB.

Better behavior: It used to be that people on the subways, buses and out on the streets were surly and rude. People pushed more, and asking passengers for directions was a difficult and confusing chore.

Now smiling Chinese simply show you their phones that they are always using and show you the pin point travel directions on their maps. They are generally helpful and more than polite to foreigners, and their English language ability has improved a lot in 10 years. 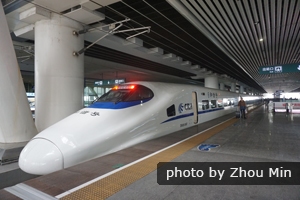 Several bullet train stations connected to the subways allows a tourist/business person/traveler to travel to cities in Guangzhou or Hong Kong in about an hour.

Now medium distance trips such as Guangzhou to Wuhan (4 to 4.5 hours) or Guangzhou to Guilin (2.5 hours) are efficient and economical.

Bullet train service to Dongguan/Shenzhen: There are two bullet train lines between Guangzhou and Shenzhen passing through Dongguan.

So a tourist/traveler/business person can leave the airport via Subway Line 3, go to the East Station, and transfer for a bullet train to Luohu/Hong Kong border and get there in about 2 or 3 hours.

The older and slower bullet train starts at Guangzhou Station and the East Train Station 广州东站 and goes to Shenzhen, Louhu.

The newer and faster one goes from Guangzhou South 广州南站, passes through Dongguan, Humen, and goes to Shenzhen North and Futian financial district.

Much More Interesting For Tourists The whole city has modernized significantly. It has gotten high tech. You'll realize that as you watch locals quickly and simply use their phones to self scan and pay at convenience stores and restaurants.

Now super-tall buildings/mall complexes and Canton Tower beckon. The city feels more exciting and pleasant when before it was dreary and boring. Everything has been internationalized.

It seems like there are three times as many foreigners than ten years ago. Wherever a typical tourist might go, the staff speak English or enough so that communication isn't really a problem. The population has grown used to foreigners.

See more about the Best 10 Things To Do in Guangzhou

Canton Tower was built in 2010 and is still the second or third foreigner favorite tourist attraction in 2017 (Trip Advisor). What makes it outstanding is that it is one of the world's tallest structures, has the world's 3rd highest observation deck, and has the world's first or second highest rotating restaurant.

It is almost a matter of course. Many of those attending the nearby Canton Fair or other trade fairs in the Pazhou conference facilities will head over to Canton Tower for sightseeing and exercise since it is so prominently in view.

It sits in a scenic park-like area near the Pearl River, and visitors like to see the tower and the lights of the city as they stroll along the river. The river scenery is interesting with colorful brightly lit river boats plying the broad river. 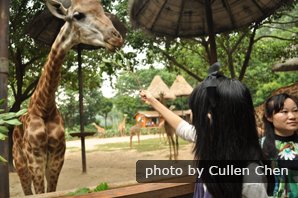 Get out and meet the locals in Guangzhou at Chimelong!

Chimelong Theme Park/Circus has become the favorite foreign tourist attraction in Guangzhou in just a few years. It consistently rates first on Trip Advisor for popularity with tourists.

People are coming in from Hong Kong for visits there. A safari park, water park, amusement park and other park areas are attracting much attention and good reviews.

CTF Finance Center Tower, the IFC Tower, and the surrounding area of Zhujiang is another new tourist favorite landmark. The CTF is 530 meters tall and is the world's 7th tallest building and opened in 2017.

The Zhujiang area is easily accessed from Guangzhou East Station via Line 3. It is only a few miles away. From luxury shopping to wholesale, Guangzhou as a plethora or opportunities for tourists, travelers through, and business people.

For more information about these shopping places, see Best Places To Shop in Guangzhou

Better City for Trade and Business The Canton Fair is held at Pazhou twice a year

The Canton Fair (广交会) is held twice a year on spring and autumn. It is held in Pazhou Exhibition Hall in Haizhu District and Liuhua Road Exhibition Hall. For traders, it is world famous. It's China's Top Trade Fair and one the world's biggest.

This year, 2017, both business turnover and the number of buyers has increased significantly from 2015. The number of attenders from especially the Americas and Japan both grew about 10%.

Places to Stay During the Canton Fair

During Canton Fair, the prices of Guangzhou hotels are go up much higher than usual. We suggested you to avoid the Canton Fair or book the hotels 2 months prior to get good prices. The CITIC Tower 中信大厦 and the Tianhe Sports Stadium. Such a big expanse for sports in Tianhe is great.

Guangzhou used to have smokey factories spewing out fumes, but these have either been moved out of the province or simply been moved to places that don't affect Guangzhou. You'll actually probably see blue skies. The air, even in the central Tianhe/Zhujiang region, is usually fine or tolerable.

The road congestion is now the main pollution contributor in the inner city. Guangzhou in 2017 ranked at 55 on the list China's most polluted cities. Pollution is much less than in Beijing that ranks 13th on the scale.

Trees and vegetation everywhere and landscaping makes the environment seem cleaner and more natural. In Guangzhou, much of the less sightly and less prosperous areas has been hidden behind walls, bill boards, advertisements, and slogans. 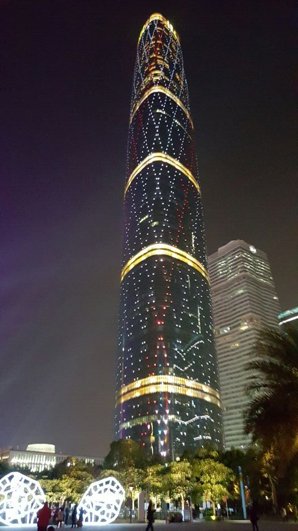 For tourists/travelers, the Tianhe Sports Center is the place to go. The surroundings are interesting and beautiful, and the complex including its fields is big enough so you can jog and exercise and get some sun at a place that doesn't feel as congested as most.

It is also very conveniently located next to metro stops for people traveling/shopping in the Zhujiang/Canton Tower area and the Tianhe area. It is in quick walking distance from the East Train Station and the 5-star hotels and consulates around it.

Located in the second floor underground, its swimming pool has nice water quality. It is an indoor natatorium, so customers won't worry about getting sunburn.

Yuexiu Park is the largest park in Guangzhou. It consists of three artificial lakes, verdant trees, wide lawns, playing fields and a stadium. It is a nice place to jog, have a walk and take a rest.

Tour Guangzhou, Guangdong, or All of China You can experience Guangzhou as a tourist destination in it own right with us: We can arrange going to Chimelong Circus, Safari Park, Water Park, and Amusement Park, Canton Tower, and some of the world's tallest observation decks / towers / mall complexes.

We can help you discover the new Guangzhou your way. The following can be customized to suit you:

Hong Kong and Macau are both conveniently accessible with bullet trains to both regions. It is a great idea to extend your trip to experience these cultures that are different from cities in Mainland China. How to Plan a Pearl River Delta Tour from Hong Kong